The following post is brought to you by our sponsor, Bandar Foods— a culinary brand motivated to infuse South Asian flavors into the American palette. All photos in this post are courtesy the Bandar Foods team.

It’s roughly 4 P.M. when I realize, that despite being surrounded by hundreds of food stalls I haven’t eaten lunch yet! I’m at the Winter Fancy Food Show, an annual trade show featuring the newest and most popular specialty food products, with thousands of pounds of samples and tasters, and I’ve managed to forget to try anything.

I wander down our aisle, sampling some rice puffs coated with maple syrup, snagging one of the last bits of Sriracha chicken jerky, and spending an inordinate amount of time waiting for a bottle of a mojito coffee cold brew. I desperately want to get over to the international section, where I hear that some French importers have set up a wine and cheese bar, but the line is far too long. I settle for a spoon of organic ice cream instead.

[Read Related: All You Need to Know to Satisfy Your Knack for Naan] 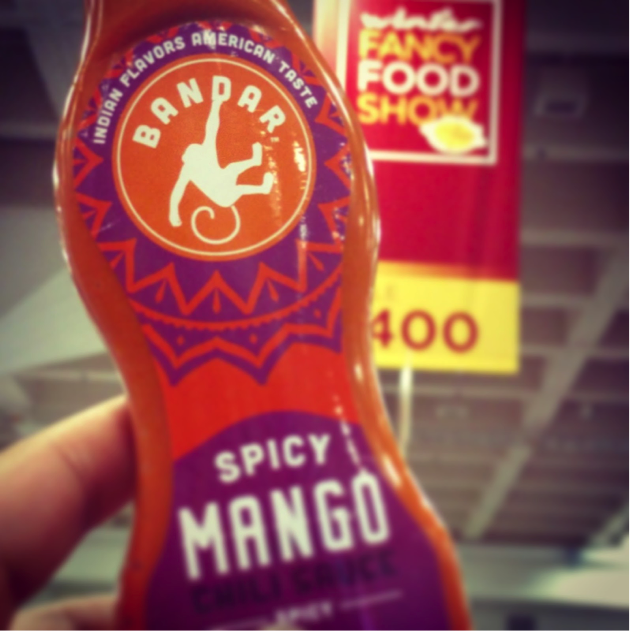 Sounds relaxing right? I wish! The Fancy Food Show is indeed filled with Fancy Food, but it’s also filled with thousands of eager food companies and vendors vying to be the next big thing on your local grocery stores’ shelves! Floating in between booths are teams of buyers from all sorts of stores—from your local bodega to the largest grocery chains in the country, sampling products and making tentative decisions about what to put on their shelves next.

It’s a tense time—you have to make sure your product is unique enough to stand out between other vendors while making sure that it looks like something that the general public is still going to want to buy. That’s how you get situations where you just forget to eat, despite being surrounded by food.

But there is a payoff! Those buyers have the power to put whatever they think looks interesting, and will perform well, on their shelves, and they’re actively looking for new and exciting brands to discover before their competitors do. While larger brands can afford larger booths, a massive cookie conglomerate can still get the same amount of attention as a small marshmallow manufacturer. 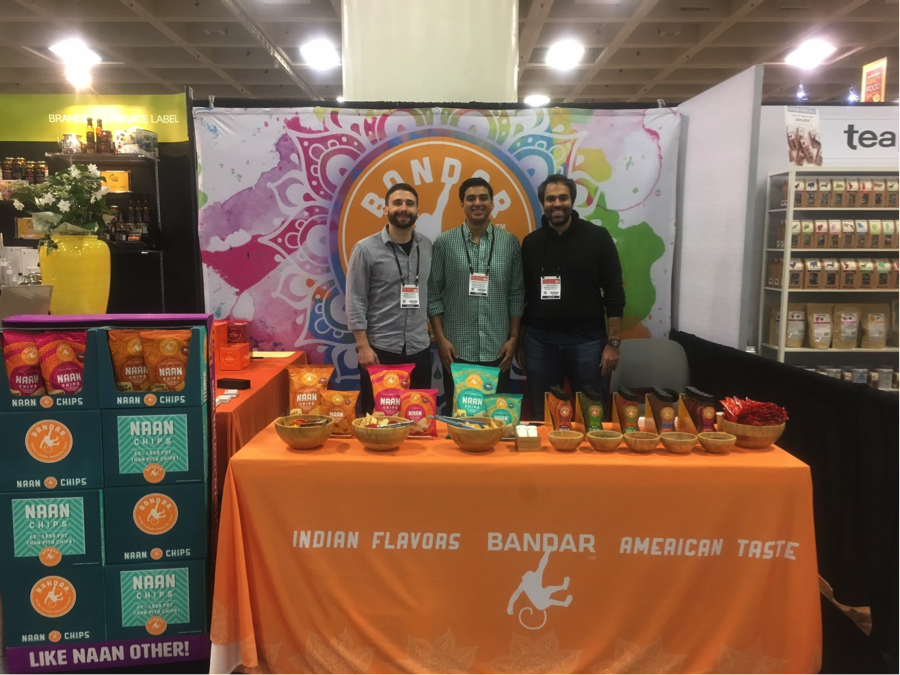 That’s how most new food companies get their big break! For us, we landed the biggest deal that we’ve ever had because a buyer stopped by our booth and liked our naan chips enough to place them on a couple thousand store shelves! Next time you go into your local store, take a look at all of the cool and nontraditional new brands that you see on the shelves. Most of those are probably there because of trade shows like the Winter Fancy Food Show.

P.S. Wondering what the next new trends are? Seems like jerky is out, and marshmallows and coconut chips are in!

Want to spice up your creation with some of Bandar Foods’ first-ever squeezable chutneys? We’ll send you some for free!

Bandar Foods is a culinary brand that blends the flavors of India with the taste and aesthetics of an American palette. They promise to deliver an authentic Indian savor by introducing products that can be used in the kitchen on an everyday basis. Home to the world’s first squeezable chutney bottles, Bandar Foods inspires a Western flair to every South Asian dish. Satisfy your taste buds and indulgences by visiting their website, here.