We the Heroes: A Look at South Asian Representation in Western Media

This is a motto I steadfastly maintain in my day to day life. For as long as I can remember, since my childhood days in the little Guyanese village, I grew up in and even now as I navigate life in the bustling city of New York, I have been looking for representations of myself in the world around me.

Whether it was on television and in movies, in books and art, in music and on the stage, in positions of authority and prominence, basically in any kind of media I consumed, I sought out reflections of South Asians that showcased us in all our complexities. In my immediate surroundings, it wasn’t too hard to find them. I saw myself first and foremost in the people around me, be they family and friends or those in my community, and I was always reminded of my ancestral Indian roots in the Bollywood movies and music that were stapled parts of my upbringing.

But when I stepped outside of the bubble of my Indo-centric lifestyle, especially after migrating to America and being bombarded by the media of the Western world, I seldom saw any representations of our people, and, unfortunately, none at all for those like me who belonged to the Indo-Caribbean diaspora. It became clear to me very quickly that I was an outsider here, further emphasized as I often found that I was the only South Asian in any given space or social situation. More times than I can count, I felt like I was some kind of anomaly amongst everyone else. Such was the case that I wholeheartedly rejoiced when, once in a blue moon, I saw other brown girls like me. Consequently, the younger me back then felt very much alone, especially during those early years of transitioning to life in the U.S. so far away from home.

Having these experiences ignited a passion in me to seek out representation for the South Asian community, particularly for South Asian women, because I knew we existed and I knew we were valuable members of society. I knew this and yet I didn’t see it accurately reflected in the world around me. Where were the others like me? Did the world acknowledge us and our contributions? Did we have a place at the table here? Did we matter? Did I matter? These questions constantly occupied my thoughts. I knew that we did, in fact, matter but why did it seem like others didn’t know that?

For too long we have been the background characters in other people’s stories, but I think it is overdue for our stories to be told and our voices to be heard as well. In the stories commonly told, we are too often painted as the sidekick, the token brown friend, the punchline of a joke, but ever so rarely are we the hero. In telling our stories, however, we get to have our say and speak our truths. In our stories, we are the heroes.

Looking back at the history of South Asian representation in popular Western media, primarily in film and television for at least the last three to five decades, there hardly seems to be an abundance of it that can easily be recalled. When representation was present, most times they were heavily stereotyped and reduced us to just a few basic all-encompassing ideas based on assumptions made by those in charge. It goes without saying that those in charge were white. South Asians were generally treated as a monolith as though we could all be categorized as the same across the board and not surprisingly, many stereotypes used were dehumanizing. Sometimes South Asians didn’t even get the opportunity to portray themselves and what we got was someone in brownface simply pretending to be one of us. Offensive doesn’t begin to cover it. 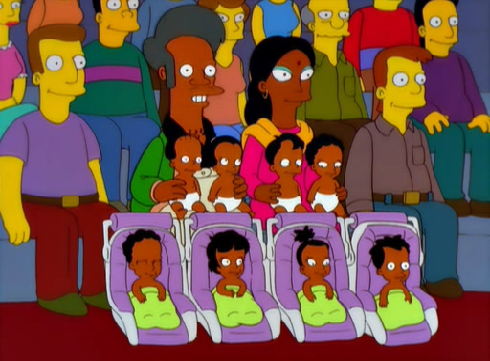 While it may be true that many South Asians do have accents and have large families and own shops, it must be acknowledged that this is not all there is to us. And we are also not all doctors, lawyers, engineers, the usual. We are people with lives and experiences so varied and diverse that it’s a disservice to not think of us beyond these ideas.

As for South Asians being at the helm of telling their own stories and in respected positions of authority when it comes to what content is produced, that doesn’t seem to have been done much until recently with the rise of personalities like Mindy Kaling and Aziz Ansari. And while this is so exciting to see, it isn’t as prevalent as it could be, given that there are so many of us who are capable of taking on those senior leadership roles and making sure that the best and most authentic content is created and distributed.

To be certain, there has definitely been an increase in visibility in recent years, there’s no denying that. And it hasn’t all been negative. There have actually been really decent, well-rounded and complex presentations of South Asian people in films and shows such as “Mississippi Masala” (1992), “Bend It Like Beckham” (2002), and “Indian Summers” (2015), which delve deeper into the multi-dimensional lives of the characters presented that we can relate to and appreciate. 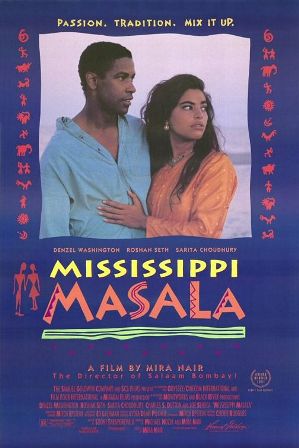 The existence of works like these is encouraging and I think we can certainly do with more like them. It just takes some thinking outside the box and outside the confines of what we are used to seeing in order to represent the true experiences of our peoples and show that we are so much more beyond the mold that has been previously imagined for us.

Currently, with shows like “Quantico” and “Second Chance” debuting in the last year with South Asians front and center as the leads, we can see significant strides being made for our community in the western world where we don’t fall into tired traditional roles but have branched out into new and exciting arenas that haven’t been explored yet. Beyond the film industry, we are seeing those like Miss America 2014 Nina Davuluri and Top Chef’s Padma Lakshmi serve as powerful voices for South Asians, who younger generations can look up to and say “I can be like that one day.” These are all steps in the right direction that are to be commended. 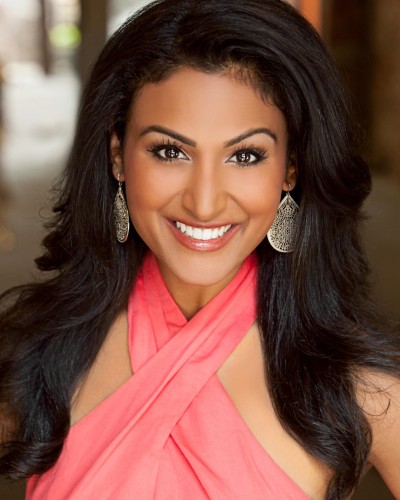 And yet, I still think we could do so much more. The fact of the matter, at least from my perspective, is that we still have some ways to go and we haven’t come as far as we might think. I mean, when we’ve got Priyanka Chopra and Dev Patel as the sole representatives of South Asians on stage at something as highly publicized as the Oscars back in February, what does that say about our presence? It says to me that it is still a novelty for us to exist in certain spaces. Needless to say, it shouldn’t be this way.

When speaking to non-South Asians, I found that most generally think we are further along than we are and it just goes to show that for those who are already heavily represented, the reality of the situation is not as clear or as accurate, so they probably can’t wholly understand the full impact of what it’s like for us to see ourselves slowly become more visible in society. On the other hand, when I speak to fellow South Asians, I learned that for many, it is a genuine surprise to them when they see our people rise to prominence or appear in anything at all. More so, it is thrilling and brings great pride to our community. That we react with surprise at all is telling of how much more progress there is to be made going forward.

Even as a Guyanese, I don’t know many well-known Indo-Caribbean figures apart from Shakira Baksh Caine. The word “Guyanese” itself is, in my experience, usually foreign to people, one some have never even heard of until I mention it. So on this end of the spectrum, I would like for more people to be aware of Guyanese like myself and the rich blend of cultures we have that are such a vital and lasting part of our lives.

[Read Related: The Indo-Caribbean Experience: Now and Then]

When we don’t see ourselves reflected back at us in a variety of ways which do not fit the expectations set for South Asians, it can deter us from pursuing so many things. Particularly in the arts, we are not always encouraged to take up careers in various artistic fields such as writing, directing, acting, music, comedy, theatre, and more. So it is incredibly important for us to see representatives like us in these fields who inspire us to become involved in them because we have so much to offer.

So how do we move forward and further increase visibility? Simple, it is up to us to demand more. We should be demanding better for our community and I don’t think it is a bad thing to want better for ourselves and others. No progress was ever made by people sitting back and waiting for it to happen. So we have to demand it and be a part of helping to create lasting change.

We have to be the ones that question the way we are portrayed in media and ask if it is advancing the South Asian community. We, as the ones in charge of our respective truths and narratives, have to make sure that we ourselves are not perpetuating negative stereotypes and instead work to uplift our community. We have to challenge the status quo and negativity therein that exists and demand that we be seen as more than the joke, or side character, or support team. We have to demand equal opportunities so that we can be given a chance to be the hero too. We have to seek out a better future where children can see people like them in prominent positions in the world and believe that someday their dreams can also come true. And it is important that we stand in solidarity with each other, which is harder than it sounds, but we can try and hope for the best in the future.

The good news is that it is already happening, slowly but surely, and it is worthy of celebration. I see those of my generation demanding more, producing their own content and proudly showcasing it. Being in the age of digital media allows us to easily create and share our work, our art and our stories with the world in a way that was once not possible and it is helping to propel us forward.

So, yes. Representation matters. It allows us to see ourselves as valuable members of the wider global community and assures us that we, too, belong to this world. It inspires us when we see our people proudly standing tall in a society that often overlooks us. It drives us to go after the things we think of as impossible dreams and pursue that which we otherwise wouldn’t. It lets us know that our lives and experiences matter and make a difference somehow. It affirms that we are important.

We are important. And we are heroes.