To Have and To Hold – Should Indian Women Go To Trial?

by Brown Girl Magazine
in Trending
0 0
0

The National Human Rights Commission met to discuss the uprising violence against women after the recent gang- rapes that shook up India.

G.P. Mathur, a retired Supreme Court justice, spoke in January at the meeting on the idea of marriage between a women and her rapist.

Following the death of a 23-year-old woman on a bus in New Delhi, there have been a plethora of call-to actions for better protection for women. 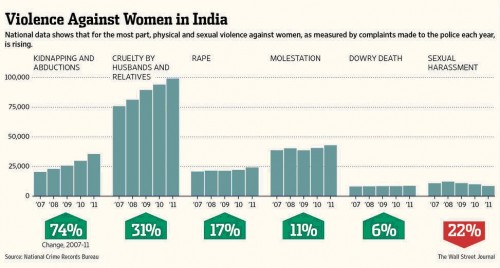 The government has reacted by tightening rape penalties and promising to appoint more female police officials on similar cases.

Now, in recent news, more attacks have occurred including the alleged rape of a five-year-old in Delhi – which have sparked it’s own protests in itself.

Mathur said, “It can be appropriate for women to marry their alleged rapists, provided the marriage isn’t coerced.”

In an interview with the Wall Street Journal Mathur said such marriages were “compromises” that victims and their families decided on in order to avoid the backlash and social stigmas of a trial.

“A woman weds her alleged attacker—saying it can be an acceptable outcome if both people believe they can live happily together. Victim’s families are often motivated to pursue such arrangements because the stigma of rape might otherwise make it difficult for the woman to marry,” said Mathur.

Furthermore, the question of a women’s believability is at stake in this argument as well. Officials are asking how can they truly believe what one woman has to say. It’s a game of he said- she said.

Mathur commented on this by saying, “A grown-up girl who is married or used to sexual intercourse, she can accuse anybody,” he said. “It is very easy for her to say, Yes, this person raped me.”

To see the original text please see the WSJ article.