Kalinda Sharma, played by Emmy-winning British actress Archie Panjabi, has been a fan favorite since the early seasons of CBS’ “The Good Wife,” which made its season premiere in the fall of 2009.

Recently, Kalinda was, unfortunately, written out of the show after being sidelined for a couple of seasons, with Panjabi leaving the show to pursue other projects. 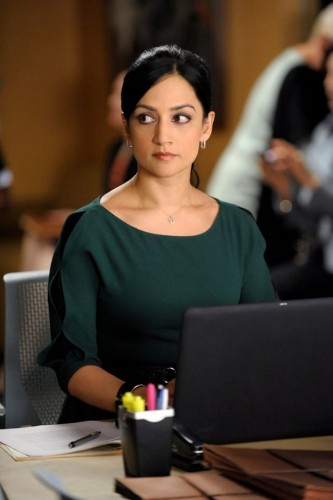 “We had a couple of episodes where we tease my leaving, and everyone has known that I’m leaving for some time,” Panjabi said in a written interview on The Guardian.” “People are sad to see her go. I kind of knew I wanted to go around season four. It’s very hard for creative individuals to be professionally satisfied and I’m happy that I’ve been able to achieve that on the show, but I felt that if I stayed on longer I’d lose that balance. There’s been a massive evolution of the character arc, too, and we just tie a nice bow on it.”

“The Good Wife” is, in many ways, an extremely good show. The writing, at its best, had the slow burn of well-placed character development that hit all the right notes of meaningful relationships and timely political commentaries, much like other heavy hitters in the genre of legal dramas.

Alicia Florrick, played by Julianna Margulies, is an integral character and, as the title character, exists to represent something rarely, if ever, seen before. She excels in her legal and political work, has nuances that make her easy to relate to, is fiercely protective of her children, and, occasionally, is tired of all that stuff.

For the first two seasons of the show, Kalinda served as a counterpoint to Alicia’s developing personality. When Alicia was subtle, Kalinda was brash and when Alicia was straightforward, Kalinda was sneaky. And, when Alicia came from postcard-perfect American suburbia, Kalinda was altogether more mysterious. Their relationship represented a white, middle-class American mom shedding the trappings of that very stereotype, and a cocky, charming, deeply private brown woman surprised to find they actually liked each other.

By season six, the two characters never shared a scene together for years and spoke only over the phone. The narrative reason for this is based on the belief that Alicia would not have forgiven Kalinda for sleeping with her husband (despite the affair occurring before Alicia and Kalinda ever met). Four seasons is an extremely long time in TV land and it’s quite obvious that personal problems between the actresses kept them apart on-screen. 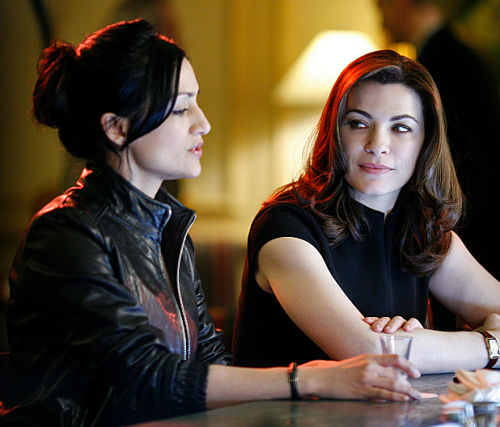 This inevitably meant that Kalinda’s character was sinking in quicksand since the end of season two. However, the early development of Kalinda in seasons one and two show signs of a lack of commitment to the character on the part of the writing team.

In terms of diversity quotients, Kalinda is almost a dream – she’s a female detective in a male-dominated legal firm, she’s bisexual (something which is delicately danced around and rarely stated on screen) and South Asian (most explicitly stated in the script for the pilot rather than explored on-screen). The obvious theme here is that whilst Kalinda is a regular character, her defining trait seems to be “mysterious.”

Her race is confronted (I use that term as loosely as possible) in small instances of racial micro-aggressions where her ethnicity is guessed incorrectly, and in season five where she says that she doesn’t speak Hindi. She is never seen interacting with any of her family members and is notoriously aloof in her social interactions. She does develop relationships with other characters but, apart from Alicia and sometimes Cary Agos, another associate at the firm, doesn’t really reveal her motivations for many. Her bisexuality is often used interchangeably with promiscuity and coupled with the fact that bisexual representation is so phenomenally rare, really demonstrates the great need and importance of characters actually using the ‘b’ word.

In spite of all this and being “mysterious” as opposed to “well-developed,” Kalinda is still a phenomenal character. The intersections of her identity make her a talisman of sorts, but it is Kalinda’s measured outbursts of emotion and willingness to have relationships (along with her inability to always commit to those relationships, platonic or otherwise) that make her a compelling character. She’s a fan favorite because what little we do know about her makes us want her on-screen more often.

In my opinion, it is extremely bad writing to create a character that is primarily suspicious and aloof without exploring the reasons behind that comprehensively. This is even without the storyline of her abusive husband that, in my opinion, is an unrealistic attempt to explain Kalinda’s aloofness and which was eventually abandoned after fan protests. For bisexual people of color and specifically bisexual and/or South Asian people, the sum total in representational terms is to extend the shrouds of mystery over the lesser-spotted bisexual and constantly exoticized-Asian.

Kalinda is, for all the real consequences and elaborations on the screen, incidentally non-white and conveniently bisexual for a show littered with white, middle-class, heterosexual people. By the end, she was barely more than a convenient plot device that could inexplicably rescue cases for other characters. Kalinda is memorable and lovable in spite of the way she was written; that says a lot about how desperate fans are for the diverse, nuanced representation she could have been.