The Definition of Beauty Should Apply to All Cultures

Growing up in a predominantly white area, appearance has been something I have always felt insecure about. Whilst I could assimilate in other areas, my looks were not something I could change. My dusky skin marked me as being ‘different,’ along with my bushy eyebrows, unruly dark hair and fuller lips. Through society and media, I was taught that my features weren’t considered to be conventionally attracted. Princesses in books always have long blonde hair, and I struggled to find celebrities in magazines who looked like me. Colonialism taught us that eurocentric beauty standards were the only standards which mattered.

Yet now, the same thick eyebrows which brown girls would be mocked for are now trendy, and people will pay hundreds of pounds on eyebrow products and procedures such as microblading for fuller eyebrows. Thanks to celebrities such as Kylie Jenner, fuller lips are demanded and demand for lipliner and surgery has soared—yet brown and black women are mocked for their lips. Whilst I appreciate that these figures are no longer ridiculed, it is infuriating when women of color are derided for such features, whilst white women are praised for having the same features.

Unfortunately, the issue with beauty standards lies closer to home. Within Asian communities, there is a desire for fair skin, as it is considered to be more attractive. Skin whitening creams such as ‘Fair and Lovely’ turnover over $1 billion annually, promoted by celebrities and advertisements showcasing a girl being able to attract boys after she has lightened her skin. Many of my friends have been told to stay out of the sun or use such creams in order to be considered ‘beautiful.’

My problem lies with the definition of beauty. Colonialism taught us that only fair skin and Caucasian features are attractive, yet the majority of the world do not share such features. The media, and society, should radically alter their notions of beauty to consider a wide range of people and a variety of ethnicities and racial groups. Maybe someday, young girls will no longer feel insecure about their looks and feel more comfortable in their own skin. 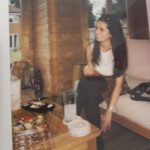 Sukirti is a sixth form student, hoping to study PPE at uni. She is passionate about politics, art and music and hopes to travel the world someday.

Dupatta Warriors: The Final Dimension of Every Life Event

Dupatta Warriors: The Final Dimension of Every Life Event