I’ve often heard you make some of your best friends in college. These are the friends that will be at your wedding as your bridesmaids, the ones whose kids will become your kids’ best friends, etc. But when you have social anxiety, it’s very hard to make friends, let alone long-term friends. And in my experience, the structure of the South Asian community within colleges and universities makes friendships very difficult for individuals with social anxiety.

I do not mean to offend or hurt anyone. I just want to bring awareness to a perspective of social interaction within our community that deserves more light. But to begin, it’s important to understand what social anxiety is and its associated symptoms. According to the Social Anxiety Institute, social anxiety is defined as the fear of interaction with other people that brings on self-consciousness, feelings of being negatively judged and evaluated, and, as a result, leads to avoidance. People who have social anxiety possess a constant fear of being judged and being seen negatively by those around them, leading them to feel inferior, inadequate, embarrassed, and depressed.

Now, how do you identify someone with social anxiety or possibly know that you may have it? Symptoms of social anxiety include experiencing significant emotional distress in some of the following situations: when being introduced to other people, meeting “important people,” and in interpersonal relationships (both friendships and romantic relationships). The most common symptom that does not disappear is a constant, intense anxiety. People suffering from social anxiety disorder almost always know that their fears and worries of social situations are irrational, but are still not able to bypass the feelings.

[Read Related: Despite My Anxiety and Depression, I Guess I’m Okay]

The first thing I hope everyone takes away from this article is that we, as young South Asians in college and university settings, should be cognizant of our behaviors towards individuals with social anxiety or those who we suspect might show signs of it. To the uninformed, the solution may seem quite simple: just make friends that understand your social anxiety and you’ll be okay! But this is where I hurt some feelings.

It is no secret, no matter how much anyone tries to deny it, that South Asians are quite competitive, which can foster an attitude of self-absorbance. These behaviors can either leave behind those with social anxiety attempting to become a part of the group or encourage them to shy away at any hint of what feels like excessive judgment or scrutiny. This phenomenon, in my opinion, exists in many places, but two places I’ve noticed in particular: South Asian Greek life and South Asian dance teams.

Before you go bashing me for being a hater, hold on a second and hear me out. Those of you who are in these groups, let me speak directly to you. I’m not saying that each and every one of you in these groups is a bad person. I can’t speak for you. I know there is a lot of effort, support, and expectations that you all put into this. I know a lot of you are tight-knit and have amazing dynamics, but if you ever come across someone who you feel is just trying to fit in, please don’t rule out the fact that they might have social anxiety. The last thing they need is another judge when all they want to do is fit in like you.

I’ve noticed that with these groups, getting in may not be too terribly difficult, but maintaining those relationships and not letting outside factors influence them may be very difficult. Let me give you an example. Since I have been on a South Asian dance team before, in my experience, one of the biggest problems with dance teams is that the whole “these people will be your family” concept goes straight out the door when it comes to figuring out who runs what or who will have the most decision-making ability. I’ve seen this phenomenon work similarly in desi Greek life. Many times, the line sisters and grand bigs turn into hollow relationships and the promises of “I’ll stand by you no matter what” turn into promises of the past when it comes to deciding between success and friendship.

The intentions of these cultural organizations may be great, but things end up being carried out terribly sometimes, especially for the outliers. And I think for anyone with social anxiety, this is a terrifying situation to be in because they’re still trying their best to maintain group relationships. Making those relationships in the first place may have been hard enough for them. But then comes the whole thought process in their head, “I want to move up but I also don’t want to lose the friends I’ve got.” Any other person would have just said, “Hey, this is what I want, and if I’ve got a shot at this, I’m going to do everything I can to make it to where I want to be.” And in my head, this means stepping on those who may be unable to fully express their desire to do something.

Social anxiety is paralyzing, and in this case, it makes things very difficult for the person experiencing it. So can we all please be a little more understanding of others? By no means is being ambitious a bad thing, as that’s probably one of our hallmark traits as a community, but can we be a little more considerate of the good people among us whose voices might not carry as far as others do, especially for reasons beyond their control?

These organizations were originally started to combine social and cultural aspects, but in many of them, I see only certain social aspects being promoted. Here’s an example. One problem with many fraternities is the indirect promotion of misogynist values. I’m sorry boys, but it’s becoming a huge problem. I more than fully know that you’re not all like this. But for those who behaviorally are, if you’re trying to set an example for brothers after you, how do you expect to do so when you’re out devaluing women? Isn’t that a part of our culture, to respect women? Is that what your mothers taught you? Is that how you would treat your own sister? Tying this back into social anxiety, if a person in your respective frat is someone with social anxiety, do you think they’ll have the heart to stand up and say they disagree with you? Of course not. They’ll continue promoting what they see around them, what they know as “acceptable,” because they want to preserve what they have  – that relationship with you. And that, my friend, is not acceptable. So let’s also learn to set good examples and treat others the way we would want ourselves and our loved ones to be treated.

You’re probably thinking now: What is the solution? According to Dr. Richards, a combination of two things can treat social anxiety: 1) cognitive behavioral therapy, meaning a mental health professional who understands the sufferer, and 2) a supportive environment, which is us.

The therapy for improved mental health lies in a professional’s hands, but fostering a supportive environment lies in your hands. You really just have to give those not like you a chance. Social anxiety disorder can be cured with effective therapy, but therapy will mean nothing unless there is a change in the environment. So seek to find more ways to include people in your organizations, and create real, lasting relationships with people, even if it’s difficult for them to reach out to you.

Lastly, before you feel bad, I want to repeat that I don’t think any of you are bad people, please understand that. I just don’t think many of you realize what you’re doing, the impact your actions have, and I’m simply attempting to bring awareness to it. It may not be affecting you, but I can almost guarantee you, your behavior is affecting someone around you.

Let’s not step on each other for our own benefit. It might be hurting someone way more than it’s helping us. We should bring quieter voices out into our loud forums. We need to respect women and men, alike, and let’s grow our wonderful South Asian community together. If we start now, our future generations will follow and, one day, we can look back and see how far we’ve come! 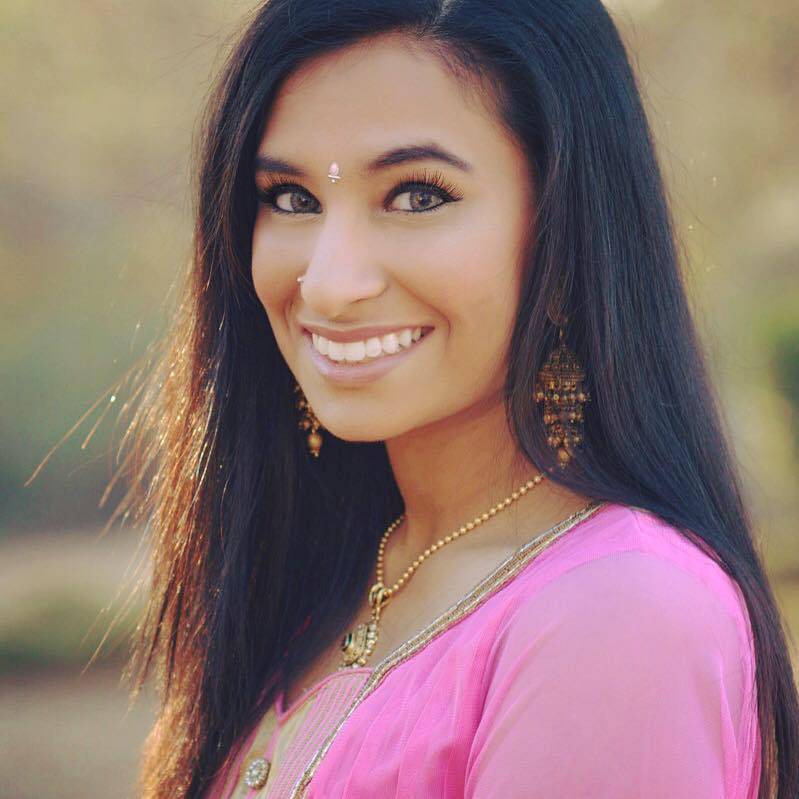 Vaidehi Gajjar is a college student currently studying biology at the University of South Carolina. She is another brown girl dreaming, exploring, and writing her way through life. She doesn’t do it for the fame, but for the freedom. Follow her down this road called life and join the adventure!