Four years ago, there was a letter on my kitchen table — it was a questionnaire on becoming a state finalist for a pageant competition. I remember thinking, “I’m not really one of those ‘pageant girls,’ they’re just about makeup and hair.” 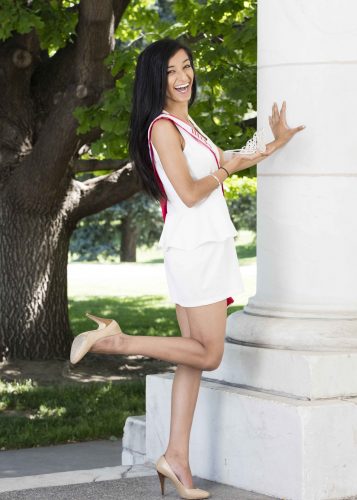 However, when the day for the open-call interviews came, something inside me changed my mind because I knew I never gave pageantry a fair chance. Sure, I understood society purported pageant girls to be “dumb” or “fake,” but I knew my parents raised me to be open-minded and equipped to survey new arenas of life for myself, and not to rely on anyone else’s predisposed outlooks or opinions.

So, I spontaneously decided to follow through with the State-Finalist interview and somehow I passed.

Later that year, in the summer of 2013, I found myself at the Colorado State pageant. As a young sophomore in high school with braces and no high-heel walking know-how whatsoever, I assumed I would “experience” the pageant and let it be just that — a “one-time” event. Never again.

In my first pageant ever, I was fortunate enough to make the Top 10 and concluded by winning multiple state-level awards including Miss Personality. The journey had only just begun.

In 2014, I came back bolder and stronger. As I had learned from watching the last reigning queen, I came second runner-up to the title. I was hurt but not discouraged. I knew I had more to learn and I was determined to improve.

In 2015, I competed for the final time as a teenager. I thought, “this is my last chance.” Yet, as the finale rounded up, I placed one position lower than I had placed the previous year. I was distraught, disappointed, and in a way, lost.

Did I not improve at all?

In retrospect, it is fair to say I did not work for the crown; I had just wanted it. That distinguishing factor channeled my mind to not give up on what I was so passionate about for four years. I desired to toil through my own shortcomings and prepare the entire next year with growth in every facet achievable. I knew I would need to stretch my comfort zone and myself as a person in order to grasp the title.

The best part was the realization that because my birthday was in February, and the cut-off date was January, I did, in fact, have one more year to compete for Miss Colorado Teen.

I do not think I have ever wanted anything as much as wanting to be Miss Colorado Teen. Conceivably, this explains why I decided to compete as Miss Boulder Teen 2015 at the National Pageant—to have more experience to bring back to the state.

At nationals, I made a lifelong best friend almost immediately. In creating kinships through what pageant girls call a “sisterhood,” I was reminded why I joined pageants in the first place—to see their unique significant beauty and worth. That weekend, I managed to place in the Top 10 at my first national pageant.

When I returned to the Colorado state competition this year, I knew how hard I had worked for my dream to become a reality. Before the competition had commenced, I caught something from the state director I assume has always been said, but for the first time, it really sat in my mind.

She said, “Our job and our goals are to teach all you young women how to speak, appear, and truly be your best selves. We give the crown and the sash and the trophies because we know you all would not come if we didn’t.”

So there I was, at the finale for the Miss Colorado Teen pageant, waiting to hear my name called, perhaps as a first runner up or maybe even not make the Top-10 list this time. Who knows?

As I fervently anticipated for my name to be called, all four runner-ups were called — my name not among them. At this point, I could either be in the bottom-half of the top 10 or I could be the new Miss Colorado Teen. As the emcee announced the Queen’s prize package and the opportunities that will be given to her literally within a matter of seconds, my mind went somewhere else.

I could not help but think about how extraordinary it was to have the opportunities I have had and the incredible people in my life — to even help me get to this stage one final time. From the experiences of being a part of the U.S. Youth Senate to Modelling to Student Government, I have gained more than words can ever tell. And from the people in my life, principally my mother, I have learned that with a caring heart, a kind smile, and a load of hard work—any dream can be accomplished.

As I flashed back to my first time on that state stage, I reflected on how much I have grown. Learning what it means to have a positive personality, presenting myself with elegance in every appearance, and using my voice to make tangible change were all second nature. Pageants, and these skills I developed through them, had helped me truly embrace what it means to “become my own woman” and more importantly — be proud of who that woman is.

All of a sudden, I heard my name called for Queen. Right then, I dropped. No—literally, I physically dropped to the ground and had to think about what muscles I needed to use in order to stand up again.

For the past four years, I had planned out exactly what I would do with my facial expressions if I were to win. And when the moment finally came—I frenziedly let out every tear in my body. As I gave a hug to the reigning queen, I noticed her poor shoulder covered in tears from my happy, yet extremely teary face. Bubbles fell from who knows where, and the entire audience (including the judges) stood up to recognize their new Miss Colorado Teen 2016—me.

I walked away on Memorial Day weekend 2016 with more than 10 state awards, the largest number of anyone in my teen division—including Best Talent, Spokesmodel, Best Resume, Volunteer Service Winner, a two-year contract with a modeling agency in Colorado, and of course, my Colorado Teen 2016 title.

More so, I was recently informed I am the first Sikh or Indian American woman to have ever won this prestigious title. This is an opportunity that truly has inspired me to only continue to advocate and represent the community that has given me my very identity in America. 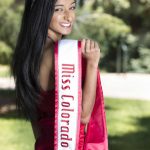 Serene Singh, 19, is an undergraduate Boettcher Scholar (full-ride recipient) at the University of Colorado. Currently, serves on the Student Government and was elected as the Colorado Director for the Presidential Youth Council. She is double majoring in Political Science and Journalism with a minor in Leadership Studies. Serene serves as an Opportunity Nation National Leader to work with Indian-American Immigration Services to further the opportunities and resources available to those who seek educational and medical assistance while coming to America. Two years ago, Serene founded the Colorado Bhangra Institue in order to teach and cultivate her love and vibrant energy for Punjabi dance. While she is not actively engaging in public service, Serene can be found on the runway as she is a Victoria Secret CO teen model and the face of the Colorado Indian Wedding Festival. Serene’s other hobbies include painting murals in her community, teaching kirtan as Youth President at her local gurdwara, and yes, rapping! Ultimately, Serene aspires to be appointed to the United States Supreme Court.