One of the innovator’s behind the Philadelphia-based nonprofit is Samip Mallick. He said SAADA creates a more inclusive society by giving South Asian Americans a voice through documenting, preserving, and sharing stories that represent their unique and diverse experiences. 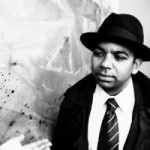 Mallick, who grew up in Detroit after his parents emigrated from India, is the executive director, president and co-founder of SAADA. His day-to-day role consists of “figuring out what needs to be done and making it happen.”

Founded in 2008, with an initial investment of their own time, resources and expertise, Mallick said him and colleagues Michelle Caswell and Jennifer Dolfus Ford registered a website and set out to build a digital collection. Mallick said they were inspired to do so because “our community’s histories have been overlooked.”

“Our community’s histories could be lost,” he added. “But [SAADA’s mission is] to ensure that South Asian American histories are preserved and protected.”

On the heels of its 20-year anniversary, the South Asian Journalists Association will host an all-day conference on Oct. 11 in New York City, where Mallick will participate as a panelist for his first-ever SAJA convention.

Though Mallick does not identify as a journalist, he said “working with journalists has been important to the organization.”

Furthermore, he said he wants journalists to see SAADA as a useful resource for them to use when writing stories that relate to the South Asian American community, because Mallick defined digital archiving as “a way for a community that has been overlooked to have its history heard.”

With a small staff and a network of volunteers, SAADA focuses on the history of a community rather than genealogies or personal histories, such as popular commercial websites like Ancestory.com.

“Documenting the past and present ensures the stories of our community are available to the future, so they know where they came from.” Mallick said.

He also emphasized the importance of “knowing and being connected to the past.”

Mallick went on to say that the digital archives of SAADA link the past to the present, especially from the initial wave of South Asian American immigrants, who left their homelands to start a new life in the “land of the free,” during the late 1800s.

Mallick explained how SAADA’s archives include stories from the 1923 U.S. Supreme Court decision that barred South Asians from the U.S., to the post-1946 era when fewer than 100 immigrants a year were permitted into the country, to the Immigration and Nationality Act of 1965, which “opened the door for South Asians to enter in larger numbers.”

Anandibai Joshi, who is the first Indian woman in the U.S. to earn a medical degree in 1886, is one of many immigrant stories Mallick recalled. She graduated from the Women’s Medical College of Pennsylvania, now Drexel University College of Medicine.

With a goal to make SAADA a sustainable institution that will serve the community for decades to come,  it is Mallick’s belief that through digital archives, such as SAADA’s, history will “inspire discussion about our community’s role in the future.”

In addition to archiving histories, the nonprofit makes their digital archives easily accessible to anyone, Mallick said.