This year’s theme, “Claiming Our Power: Mobilizing diversity. Building Vision. Demanding Justice,” aims to explore issues affecting South Asians in the U.S., as well as help attendees to build skills to deepen their organization’s work and individual leadership; connect with government officials and congressional offices; expand networks; and strategize with diverse leaders, advocates, and allies to lift up voices, create change, and claim power through collective action for justice.

The three-day-long event will include the ChangeMakers Awards Reception to honor community-nominated individuals, organizations, and projects who have advanced social justice among South Asian or immigrant communities in the U.S.; discussions and panels covering issues that affect the South Asian community; skills-building trainings and workshops; and meetings with congressional offices and Administration officials. It is an opportunity, according to SAALT Executive Director Suman Raghunathan, for all South Asians to stake a claim for minority groups in the larger conversation of civil rights and social justice.”

“The biennial National South Asian Summit is an amazing opportunity for a broad range of South Asian individuals, organizations, activists, and leaders to come together to assess our communities’ priorities, needs, and strengths and craft a path forward that leverages the diversity of South Asian communities nationwide,” Raghunathan said in a statement.

The theme of this year’s Summit…comes at a critical time for our communities, as we continue to experience demographic growth as well as continued civil rights challenges. This year we’ll be hearing from leaders spanning the South Asian, Black Lives Matter, voting rights, racial justice, civil rights, and racial justice movements, as well as many others.

These individuals will share updates from the field and highlight opportunities for unity, collaboration, and forging a vision that situates South Asians at the center of these movements. As our communities remain under suspicion and under attack, federal immigration reform remains delayed, and the nation prepares for a Presidential election, the National South Asian Summit provides a key opportunity to outline how we can mobilize the tremendous and powerful diversity of our communities to claim our power.”

More than 375 people attended the 2013 National South Asian Summit to discuss issues such as, bullying of South Asian and Muslim youth in U.S. schools and communities; the impact of immigration reform on South Asian Americans; strategies to deal with and promote better relationships with law enforcement; and more.

“In addition to American Indian, Pakistani, Bangladeshi, Nepali, Sri Lankan, and Maldivian activists taking center stage, Hispanic, Asian, Middle Eastern, White and Black community leaders from all backgrounds, faiths, and orientations were there to share their experiences challenging society and government to respect the rights of all Americans. The level of shared insights and energy were empowering, and in a year’s time when I need to recharge my passion and reason for being a social activist. I can look forward to the next summit.”

South Asian Americans Leading Together (SAALT) is a national, nonpartisan, nonprofit organization that elevates the voices and perspectives of South Asian individuals and organizations to build a more just and inclusive society in the United States.

SAALT is the only national, staffed South Asian organization that advocates around issues affecting South Asian communities through a social justice framework. 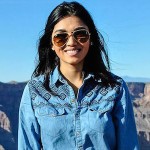