Last week, Bombay fashion photographer, Raj Shetye, released a series of photographs titled “The Wrong Turn.” As you can see from the photos below, it is a series of shots featuring a woman fighting off advances from men all the while stuck on a bus. The photos eerily and outrageously seem to reference the horrific Delhi rape case of December 2012.

The 23-year-old girl, Jyoti Singh Pandey, nicknamed Nirbhaya, was brutally gang-raped by four ruthless men, beaten and left on the side of the road, as if she was nothing.

Shetye adamantly denied to Buzzfeed that the photos depict what happened to Nirbhaya. Instead, he said the idea for this shoot occurred to him two years ago, before the incident happened. He goes on to say that the concept is his “baby.”

According to his interview with Buzzfeed‘s Regha Jha, Shetye said:

But being a part of society and being a photographer, that topic moves me from inside,” he continued. “I stay in a society where my mother, my girlfriend, my sister are out there and something like this can happen to them also.”

When asked why he chose to depict this scene via a fashion photo shoot, Shetye responded that it is the only way he knew how. “Being a photographer, the only medium I can communicate in is photos. For me, its as simple as that. It’s art. Making movies, writing articles, making a poem – these are all ways of addressing the topic. Being a fashion photographer, this is what I can do best.”

This is in no way meant to glamorize the act, which was very bad,” Shetye told BuzzFeed. “It’s just a way of throwing light on it.”

If Shetye isn’t trying to glamorize sexual assault and the very real battle women in India have to fight every day when traveling to and from work, dinner, or for groceries, he is definitely trying to trivialize the matter. Even the title of shoot, “The Wrong Turn,”  indicates that it was the woman’s fault for being in the wrong place at the wrong time. 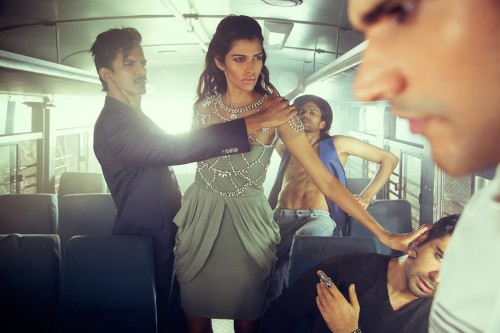 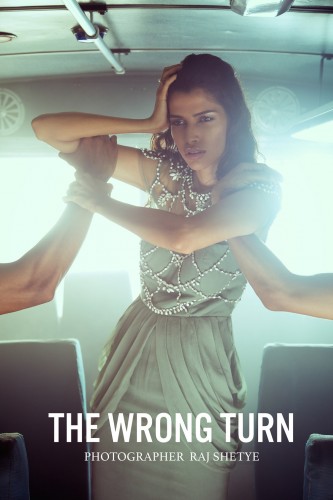 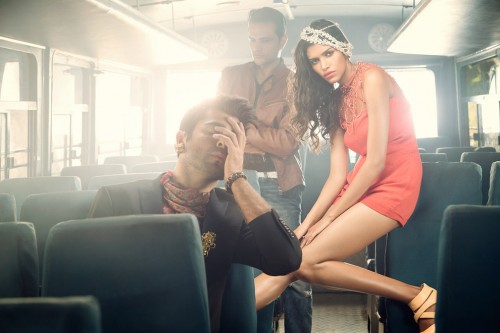 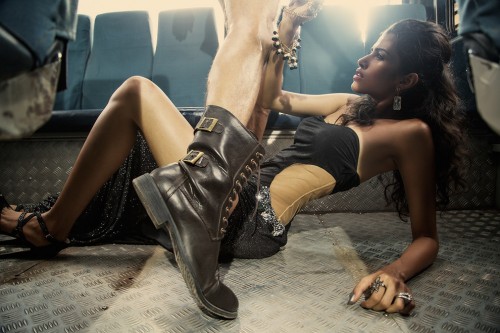 Shetye claimed that he spent a few months planning the shoot in order to execute it in a way that was not “irresponsible.” He said that though the models are wearing top designer clothing, none of the labels have been released because the shoot was not intended for commercial gain. If this doesn’t glamorize gang rape, then what does?

Many tweeters have expressed their disgust and outrage about the shoot:

Ladies and gentlemen of this great nation, please welcome Raj Shetye in the “hall of shame of India “. — Sanjay Rajoura (@urbantucchha) August 5, 2014

BG community, please tell us know what you think of this shoot in the comment section below!

Aditi Mehta is a the Founder and Director of Brown Girl Magazine. She started the magazine so that young South Asian women could share their stories and discuss issues that directly relate to them. She hopes that you can find your special place at BG.