“Raees,” the latest movie starring the Bollywood king Shahrukh Khan and the “Humsafar” girl, Mahira Khan, was released around the world last week. I had high hopes when I walked into the theater as I’m a big fan of them both. The “angry young man” meets criminal-with-a-heart-of-gold story line was sadly nothing new. The only saving graces were the star power of SRK, Mahira’s charm and Nawazuddin Siddiqui’s crisp performance.

“Raees” is the story of a man (played by Shahrukh Khan) who builds his empire through an illegal liquor supply business in the dry state of Gujrat. He cares deeply for the people in his community and is generous with his wealth and influence to make their life better. Mahira Khan is the love interest bringing color in the film with her presence and grace. Nawazuddin Siddiqui is the honest cop convinced to bring Raees down.

I’m from the generation that grew up loving Shahrukh Khan. His iconic tilt of the head, the squint of the eye, the lopsided smile and that confident stride are the stuff of many a Bollywood dream. When I watched “Tujhe Dekha To Ye Jana Sanam” for the first time as a fifteen-year-old on Channel V ,I fell badly for the boy with the floppy hair, dry wit and the most expressive eyes.

At 51 years of age, SRK is now choosing more age-appropriate roles. I loved him in “Dear Zindagi,” a movie that explored a new topic of mental health in Bollywood. “Raees,” however, is the same old story of a criminal who plays Robin Hood—he breaks the law but supports the poor and murders but doesn’t forget to say a prayer before that. 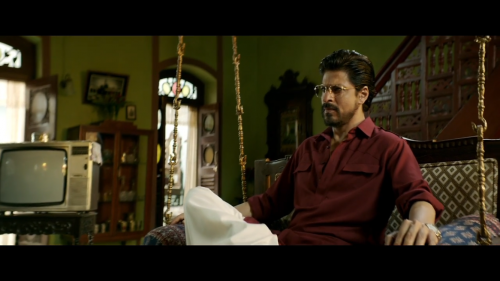 SRK has the star power to even carry a done-to-death story like “Raees.” I felt I was watching a Bollywood movie from the 80s with the smuggling escapades and the angry-young-man who carries the weight of the world on his shoulders. There was even a loyal friend, a witty cop and a pretty lady for the songs to complete the 80s movie experience. 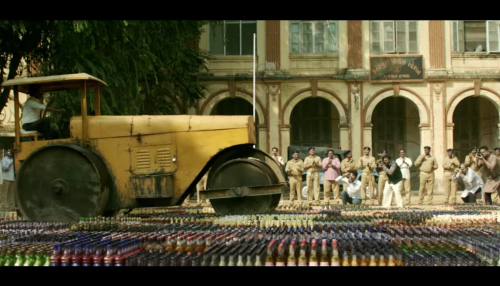 The only new things in the film for me were learning how the secret bootlegging business works in Gujrat and watching South Asian rituals of Shi’a Islam in a Bollywood movie. As a Shi’a Muslim myself, I do want to add that the practice of self-flagellation like Qama Zani is disapproved by most Shi’a scholars. Blood donation is encouraged as a positive replacement to commemorate the sacrifice of Imam Hussain. I wonder if most viewers will understand that some rituals might have been added for dramatic appeal and are not a practice of the majority of Shi’a Muslims.

I did admire the attention to detail the director paid in other aspects such as showing banners in the Urdu script and Nohas during Moharram. 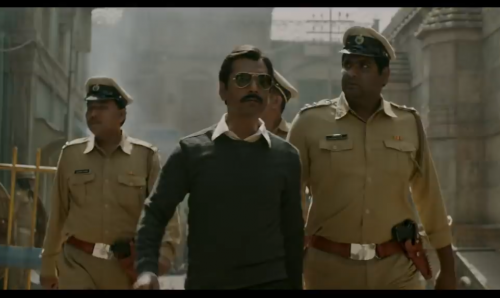 Siddiqui is a treat with his crisp dialogues and always on-point acting. Mahira Khan shows that she has amazing potential and screen presence. Those who have watched her in Pakistani dramas could see glimpses of that spark in her portrayal of Aasiya. I wish she got more influence in the movie besides being the beautiful and graceful leading lady who supports Raees in the good times and the bad. 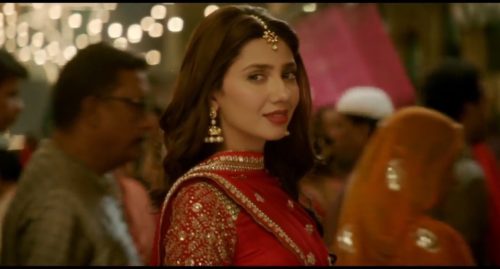 I left the theater with a sad and heavy heart because of the ending. The actors had managed to get me involved in the story of “Raees,” but I felt there was no takeaway, nothing to ponder over or any real life applicability in my life of the film. There is, however, a great example of standing up to bullying as a child, especially if you wear thick glasses and are called “battery.”

Maybe I had too many expectations. Had I gone to see a criminal/thriller/action movie, I would have been satisfied. But whenever SRK is involved in a project we as avid fans can’t help but expect perfection, and “Raees” gets an “above average” grade at best.

Tamania blogs about her Pakistani-Canadian family at UrduMom.com sharing the journey of raising bilingual children, teaching them urdu in fun ways and their multicultural life in Canada.