Who Should Play Huma Abedin in the Inevitable 2016 Campaign Movie?

The following post was originally published via reappropriate.co and republished here with permission.

Of course, Anthony Weiner had to pop up in the news during the final week of the campaign. If you followed lots of left-leaning people on Twitter, that sentiment probably came up a lot over the course of the past weekend. It also lead us, as South Asian pop culture bloggers, to ask the question that really matters: Who should play Weiner’s estranged wife Huma Abedin in the inevitable movie made about this campaign?

The 40-year-old Abedin (who is of Indian and Pakistani descent) has worked for the Clintons her entire adult life, beginning as an intern in the 1990s. Fluent in Hindi/Urdu and Arabic, her Muslim background and the fact that she was raised in Saudi Arabia has made her the focus of racist stereotyping for years.

Given that, we were surprised when Variety put English actress Rebecca Hall on their short list of actresses that could play Abedin. (Clearly, some people have learned nothing from the Emma Stone fiasco.) Here are some great South Asian actresses we’d love to see playing Abedin. 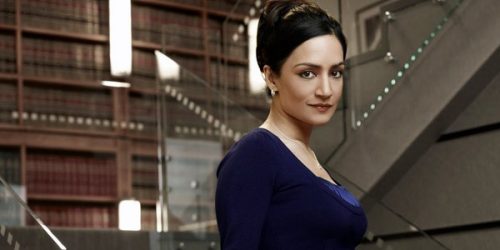 Not only does “The Good Wife’”s Archie Panjabi bear a close resemblance to Abedin, all of those years on a show about a betrayed political spouse have to give her an additional unique advantage. 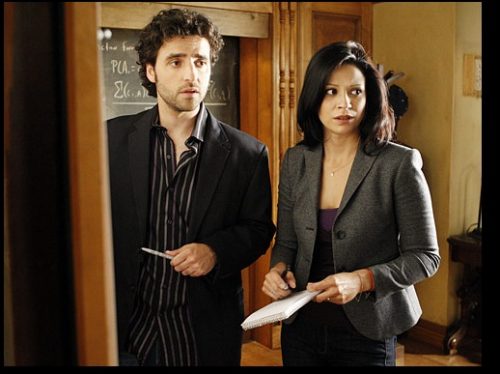 Perhaps best known as Amita Ramanujan on the CBS series “Numb3rs,” Rawat was also great in the 2003 film, “House of Sand and Fog.” 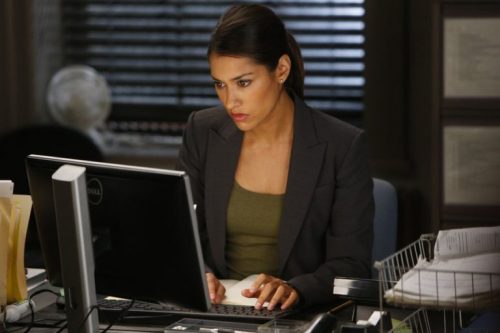 [The inevitable movie will probably have lots of scenes featuring Abedin in front of a computer. | Photo Credit: Will Hart/NBC]

The singer and actress is no stranger to dramatic roles, having appeared on shows like “The Mysteries of Laura” and “The L Word.” 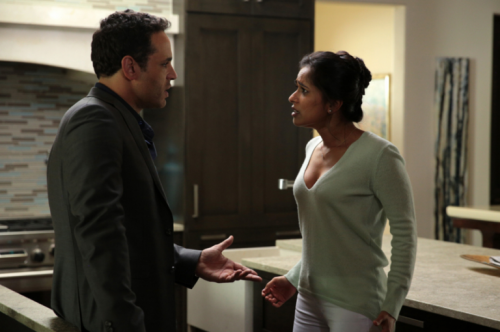 [The Weiner/Abedin movie is also sure to have lots of scenes like this one. | Photo Credit: ABC/Eli Joshua Ade]

While we’ve seen Vadsaria in supporting roles on shows like “Notorious” (above) and “Bones,” we’d love to see what she’d do with the chance to shine in a major dramatic part.

So who would you cast as the mysterious Huma Abedin? Feel free to nominate names in the comments.

Lakshmi Gandhi is a journalist and pop culture writer based in New York. Her work has appeared in Metro New York, NBC Asian America and NPR’s Code Switch blog, among other sites. She likes it when readers tweet her @LakshmiGandhi with their thoughts on Asian American issues and romance novels.

Asha Sundararaman is a freelance writer and photographer based in Oakland, California. When she’s not discussing pop culture, she can be found in her kitchen blending the flavors of her Southern and Indian roots.