Kindergarten was the first time I ever felt ugly because I was Indian. During one of our many playdates, somewhere in between organizing a Barbie fashion show and dancing to Kidz Bop’s latest Gwen Stefani cover, my friend Emma took it upon herself to explain that my darker skin and bushy eyebrows meant that I would never be pretty. I didn’t question Emma’s words at the time because, validated by her shiny blonde hair and pale green eyes, how could she have been wrong?

Growing up as the token Indian friend surrounded by Eurocentric beauty standards took quite a toll on my already lacking self-confidence. Emma’s words echoed in my mind like a Kidz Bop chorus that would have once brought me joy, and I was perpetually insecure about all of the facial features that differentiated me from my fair-skinned friends. From my eyebrows to the hair on my arms and legs, from my dark skin to my round nose—anything about my appearance that made me stand out started to feel wrong.

As I grew older, I began to notice subtle yet pervasive differences in the ways the world viewed the brown girls in my life who had always been so beautiful to me. Every time I was offered backhanded compliments like “You’re the prettiest Indian girl I know,” I began to wonder whether I was supposed to feel flattered or begin to question the apparently limited beauty of which my brown body was worthy. Why were compliments to white girls never qualified by race? Were people implying that Indians were somehow inherently less beautiful than non-Indians? In high school I grew accustomed to hearing people say, “I’m not into Indians,” and it became very clear to me that the answer to my previous question was a resounding “yes.”

I’ve seen so many girls reject their Indian culture in an attempt to whitewash their identities, as if blending in with the white kids would earn them the beauty that seemed like a privilege offered only with a pale complexion. I have been guilty of this as well—awkwardly calling my mother “Mom” on the phone instead of “Mumma,” desperately hoping that my parents wouldn’t speak to me in Gujarati in front of my American friends, refusing to wear clothes that remotely represented my culture in public (a difficult task when Indian customs are being increasingly fetishized as “bohemian” or “festival fashion”). I suppose I thought that if I tried hard enough to make other people forget that I was Indian, they would look at me the same way they looked at the taller, blonder, whiter girls surrounding me.

[Read More: Is Beauty An Accomplishment? My Response to Priyanka Chopra Voted “Second Most Beautiful Woman in the World”]

In addition to overwhelming cultural confusion, Indian girls are bombarded with conflicting beauty standards. I was told I should be skinny, but not too skinny because I’d better eat that third roti and a second serving of subzi. My white friends wanted me to tan with them, but my relatives warned me to stay out of the sun and protect my “fair complexion.” Since I had the tragic misfortune of being short, Indian adults were generous enough to offer me home remedies (standing on my toes for 10 minutes a day was always a personal favorite) that would help me grow tall, but not so tall that prospective husbands would feel threatened. Desperately trying to mold to a definition of “beautiful” that simply didn’t accommodate girls like me was damaging in itself, but when it seemed as though every expectation contradicted another, I was left feeling especially hopeless.

Third wave feminism has emphasized self-love and body positivity, but there seems to be a gap in this dialogue within the South Asian diaspora. As an Indian girl raised in America, I have, for the majority of my life, felt suspended between two cultures that are at odds with one another. When looking for inspiration from relatable role models, I was continuously let down by the invisibility of South Asian women in Western media. It seemed as though to American television audiences, an understanding of my identity began and ended with Kelly from The Office.

When South Asian women are so ignored by pop culture, it was no wonder that my appearance felt abnormal and, as a result, inferior. This lack of representation, combined with pressuring beauty standards and relative silence regarding South Asian body image, amplified the confusion I already felt. Perhaps if there had been prominent voices in the media celebrating the strength and complexity of South Asian beauty, I would have spent less time trying to alter my appearance and more time embracing it.

Somewhere along my quest for unapologetic self-love, I realized that I would never be confident in my appearance without appreciating my culture. I eventually stopped looking for role models in Hollywood when it hit me that my own mother had already taught me everything I could ever hope to know about beauty, power, and confidence. It was from her that I learned that if I didn’t respect myself and my identity, no one else would.

Now, as I walk around campus pairing Indian jewelry with old flannels, I can’t believe that my heritage and appearance ever made me feel anything but proud. Having not one but two cultures from which I can seek inspiration has taught me to express myself in unique yet equal ways. While I may have felt weak when Emma’s words crushed me in kindergarten, I have since then found power in my identity as the daughter of Indian immigrants. The same bushy eyebrows that used to make me cringe when I looked in the mirror now serve as a reminder that they, like my identity, refuse to be tamed. 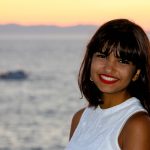 Parima Kadikar is a rising sophomore at Columbia University planning to study Middle Eastern Studies and Human Rights. She serves as co-president of the CU South Asian Feminism(s) Alliance and loves dance, photography, the Harry Potter series, and (most importantly) Maggi noodles.

The Stay at Home Mum: Is it Really a Choice?

The Stay at Home Mum: Is it Really a Choice?