Niti Majethia is a 19-year old international award-winning poet and author of Eunoia—a book now available on Amazon, Barnes & Noble and Flipkart. She was born and raised in Mumbai, India. She is also a public speaker and activist. Niti started writing poetry when she was six years old and has won three international awards from Kidspirit magazine, where she also worked as an editor. She has written for The New York Times and spoken as a youth leader in Australia. Niti is currently studying Writing & Rhetoric at The University of Texas at Austin. In her free time, she also likes to act on TV and model for various publications.

“Ever since I was a little girl, I always dreamed of creating an impact and having my voice heard. I was a bookworm— I’d read three to four books a day and I always felt like I belonged in there, in my own little world of poetry, music, and art. As I began to grow up, the talk about ‘what to do with your life’ came up a lot more. Honestly, no other job mattered to me except for one that touched people, allowed me to have my voice heard, and was full of meaning and purpose. But it’s not that easy. It’s never easy.

Every time I’d tell people I wanted to be a writer and an activist, or that I wanted to change the world—everybody laughed. And why not, ‘changing the world’ is a romanticized notion and becoming a successful writer is not even close to simple. I was always told, ‘Your parents aren’t in the publishing business. They’re not celebrities that have extraordinary contacts. What are you going do?’

And they were right.

My parents were well educated and financially stable but they knew nobody in the publishing business. I knew it was going to be difficult to get my voice out there and to get people to take me seriously. However, my parents were one thing most other people were not supportive. My parents believed in me more than I believed in myself. They motivated me, encouraged me and told me not to give up on my dream.

I remember seeing a necklace at a store that had a pendant with a pen and a book. My dad bought it for me—and then I told him, ‘I’m not even a writer, yet. What if I never become one? What if I never have any opportunities?’ And he looked straight into my eyes and said, ‘I bought you this necklace because you dream. You dream so hard and because you live a life fueled by passion. It doesn’t matter if you never become successful—what matters is that you do your best and give it your all, every single day.’

And so I did. I really, really did. I was eleven years old then. I’d spend every single day on my computer, for hours, emailing editors, magazines, and various publications my work. I started spending, even more, time reading and writing. I wanted to feel the texture of this universe and express myself in the rawest, honest way possible. I wanted to be true to my art and my heart.

There were a lot of challenges. I was picked on in school because I was socially awkward and I always stood out. I didn’t know how to fit in— I still don’t. I was bullied for it at the time but little did I know that I’d be celebrated for it later on in life.

Yes, there were a lot of rejections. The first two years were not easy. I’d write every day, read a lot, send out my work, but I wasn’t always published. I was published in my school newsletter and I was extremely happy about that back then. I still remember running home from school the first day I saw my name in print- I screamed and yelled and hugged my mother.

Rejections often hurt but I reminded myself what a big world it was and how many opportunities there were. The more I was rejected by publications and bullied by my peers, the more I used that as motivation to work harder. 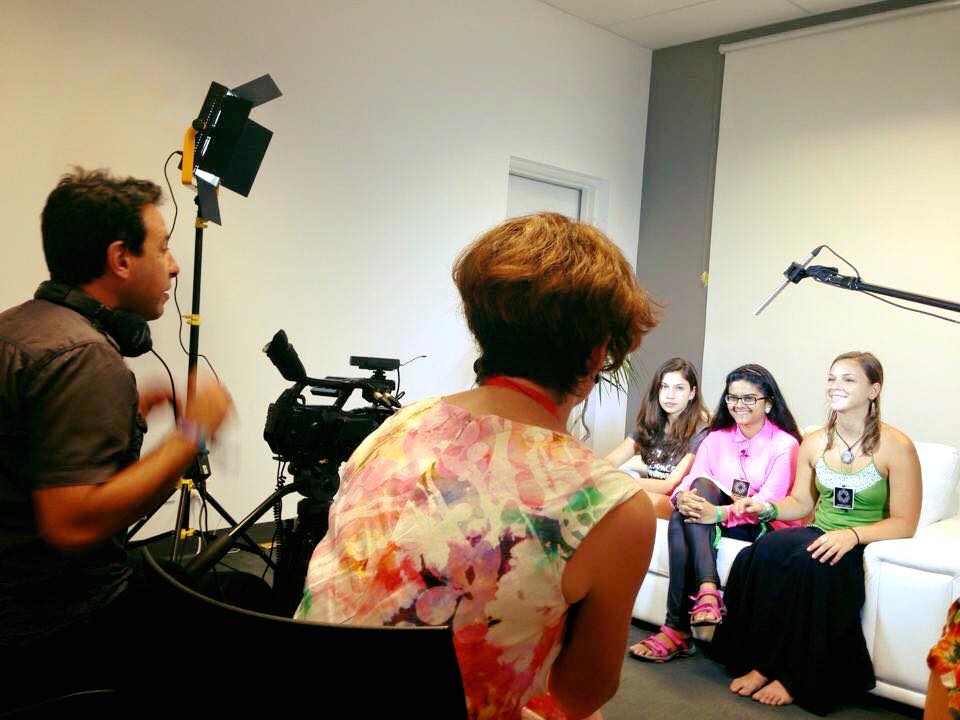 Then it happened, finally. I started being published in various magazines in America and India. Soon, a magazine called Kidspirit chose my poem, After I die, as ‘the most reflective poem of the year.’ I was invited to New York University to collect my award and present my poem in front of a huge audience. I seized the opportunity and performed.

That one night changed everything for me. I met film producers, best selling authors, editors and bonded with them over the passion for creation and art. The event boosted my confidence and I stayed in touch with those people.

The next two years were overwhelmingly positive. I won two more international awards. I started my own Kidspirit editorial board in India. I printed my first book by myself and published my second, and traveled all around the world to do public speaking gigs. I was invited to Uplift Festival in Australia to represent India as a youth leader to talk about my life and all the problems today’s young people are facing. I also worked with the Earth Guardians, an organization dedicated to environmental activism. And I was invited to write for an HBO documentary and interviewed by The New York Times.

It’s been an insane journey and my career is just starting off. In the next few years, I aim to write for film and television and get involved with philanthropic organizations with which I can use my voice to induce change. 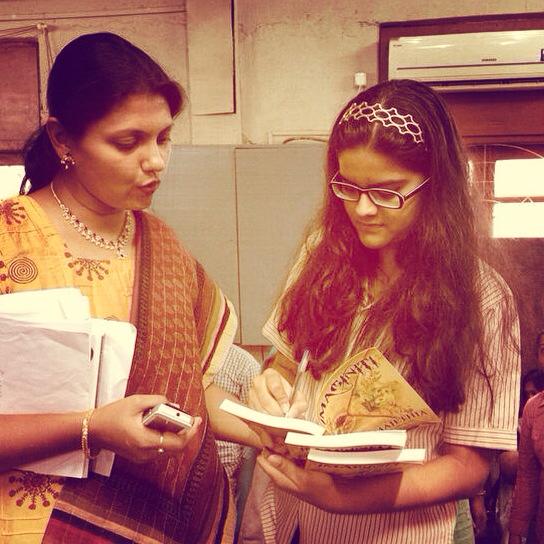 Passion and love always win. I couldn’t have imagined doing all these amazing things when I was seven. I was just passionate about creativity and life in general. I did what I loved. I don’t plan too much- I simply focus on the next 24 hours ahead of me and think about how I can use that time to get me one step closer to my goal.

But I’m still exploring. I just did a cameo for an American comedy sitcom— I love acting. I love music, I love fashion, I love humanity. And even though I was that weird kid in middle school that not many people cared about, I am happy with the way I’ve turned out to be.

Studying at UT Austin (it’s been my dream university since forever) is like studying in God’s very own creative garden of thought and I am excited for all the things I have yet to do.

Being true to your soul and dream can do wonders. You can turn out to surprise yourself in ways you had never really imagined.”

Get to know more about Niti’s latest book, Eunoia, at her official website or watch the trailer for it here. Read her latest poetry on her Facebook and Instagram.

Addressing South Asian Anti-Blackness: The Attacks on Africans in India

‘Would You Like Some Tea?’: A Love Poem for Tea.

'Would You Like Some Tea?': A Love Poem for Tea.