‘Nineteen Eighty-Four,’ Symptoms of Dystopia and Exclusion of PoC Women

George Orwell’s “Nineteen Eighty-Four,” a dystopian novel, has quickly and understandably experienced a surge in sales post-Trump’s inauguration. After hitting number one on Amazon’s top-selling books this week, the book has now sold out.

Orwell, a British post-modernist author, wrote “Nineteen Eighty-Four” in 1949 as a cautionary tale of what an authoritarian England might look like 35 years into the future. The story is about Winston Smith, an average government employee who has his doubts about the totalitarian regime he works and lives under. He inadvertently starts a secret affair with a woman named Julia, something that is strictly illegal under this regime. Spoiler alert: they get caught.

The world created in the novel consists of a leader known simply as Big Brother—this entity is in charge of a deceitful government that keeps the public pacified and tame, through strategic, even torturous, methods. These include “Newspeak,” large-scale surveillance, the suggestion of a fabricated war and more. The Party erases individuality, disposes of the nonconformist and punishes free-thinking. It literally effaces history and substitutes it with a version it prefers.

[Read Related: We Need to Stand as Sioux-Allies in face of Trump’s DAPL Decision] 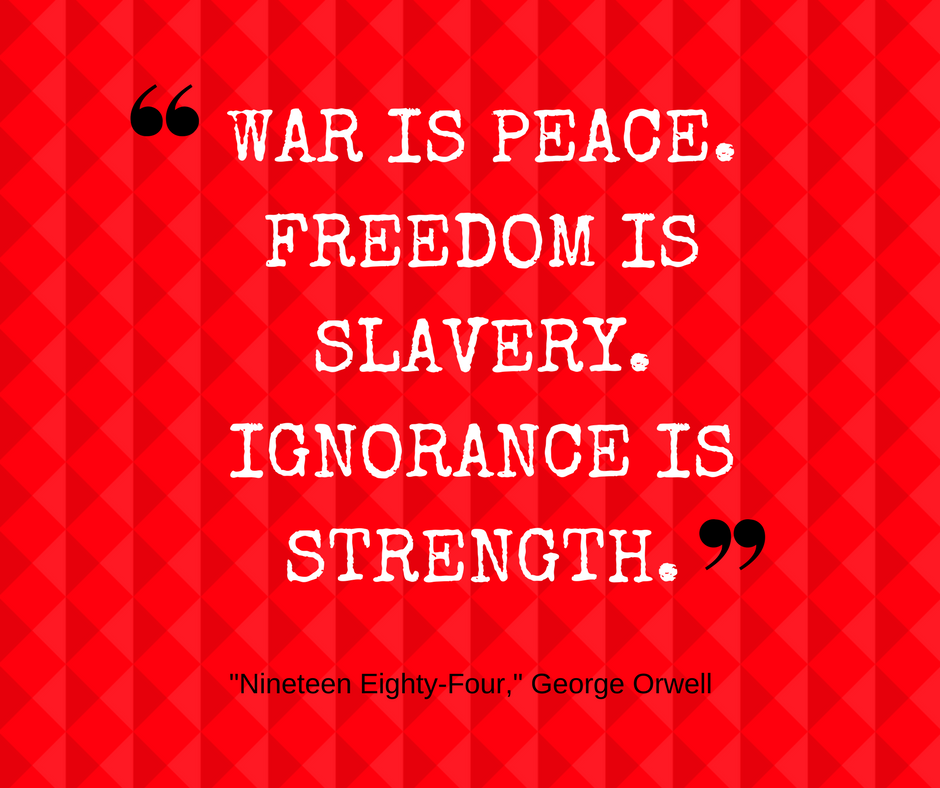 Recently, Sean Spicer and Kellyanne Conway’s concept of “alternative facts” has become a popular comparison to Orwell’s ‘Newspeak.’ They both told outright lies to the public about the number of people present at the inauguration, falsely claiming that it was the “most watched ever.” People quickly took notice of this propaganda technique being employed by the President and his administration. It works quite the same way ‘Newspeak’ works in “Nineteen Eighty-Four.” By limiting the information available to the public and actively reinscribing facts, Trump can silence, debilitate, and control. 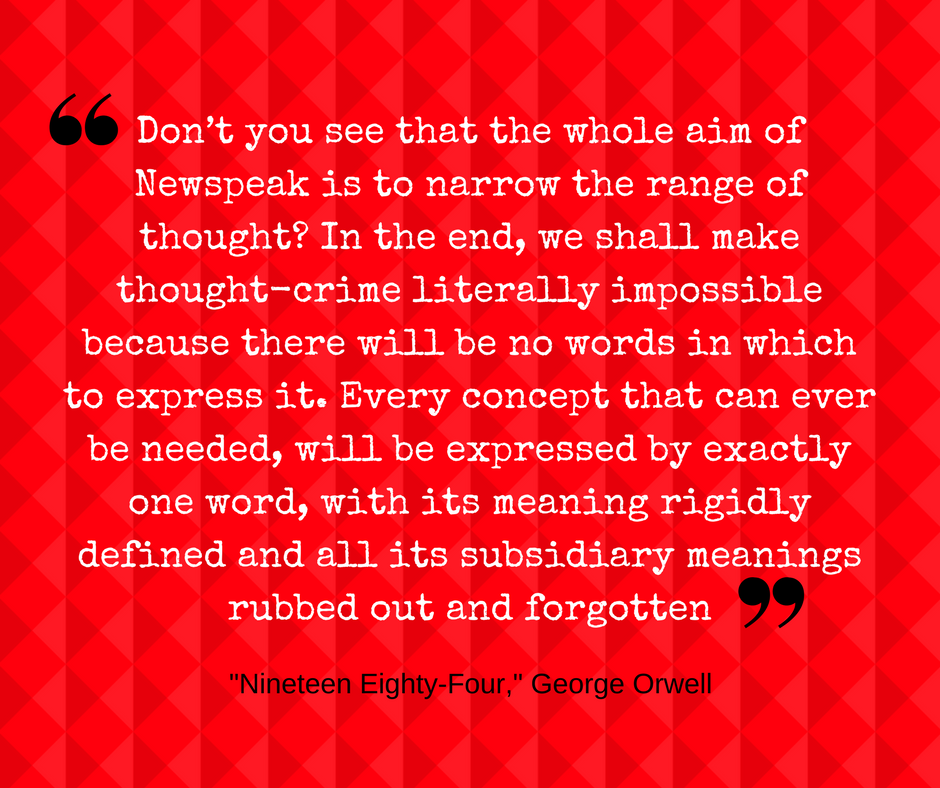 Moreover, Trump has launched a full-scale war against the free press. Six journalists have been arrested and charged with felonies for covering the inauguration. They are facing ten years in prison and a $25, 000 fine if convicted. Trump has also coined the term “fake news” to undermine news organizations that have long-standing histories of being reliable. All this might as well be lifted right off the pages of “Nineteen Eighty-Four.” “The Party,” in the book, uses similar tactics by spreading lies and misinformation, hiding any record of the truth and making people question their own knowledge. It proves to be an effective tactic in the Orwellian dystopia.

[Read Related: Women Came Together and Marched, Now We Run for Office] 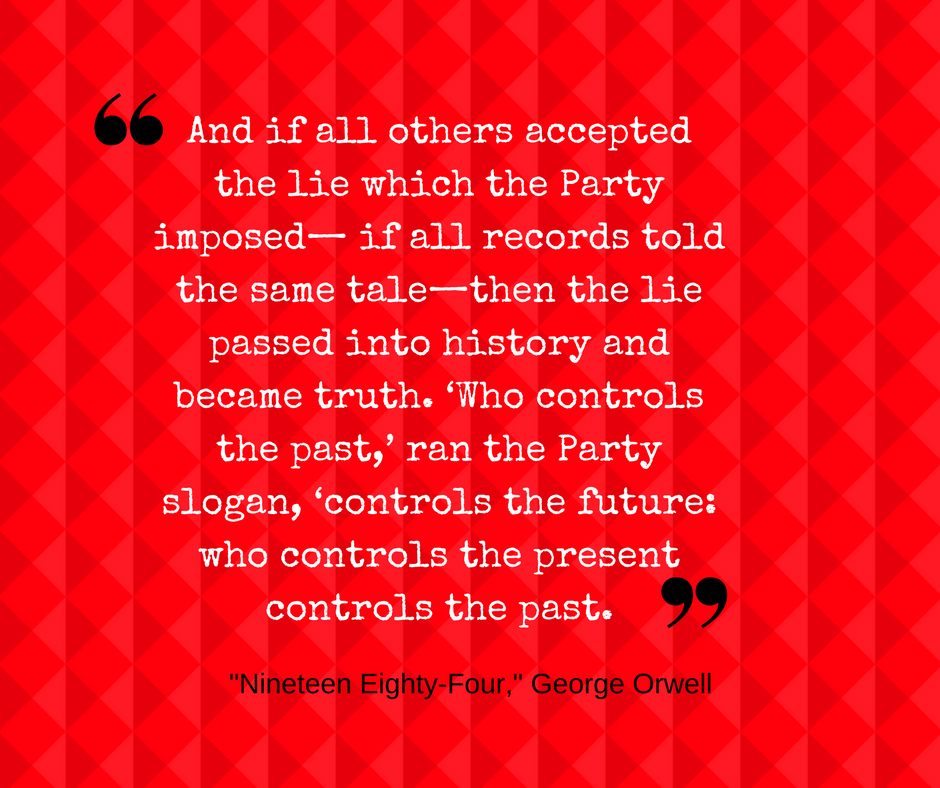 Let’s also remember the shortcomings of “Nineteen Eighty-Four.” Keeping in mind the Women’s March was criticized for their white privilege and using transphobic language, it is important to acknowledge that “Nineteen Eighty-Four” is about a white man. Winston, unlike the so-called inferior working class or “proles” as they are called, is a member of the outer party. His is the story of a privileged white man who chooses to risk his cushy, safe job to resist. 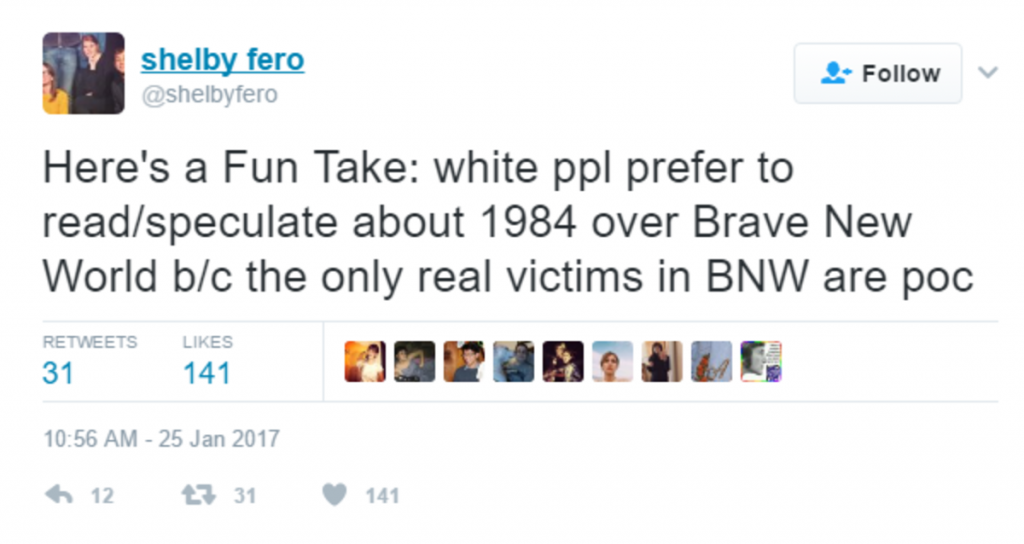 If the narrative Orwell created is a warning of the oppression everyone will face, then narrative Orwell excludes–the plight of women and people of color, and serves as solid reminder that we should not do the same.

Fatima Ahmed is a 1.5 generation Pakistani working on her degree in English Literature in Vancouver, Canada. She has an interest in human rights activism, social justice affairs, literature, and art as well as excessive chai drinking. You can find her on twitter @FattyA123 or read more of her articles at schemamag.com.