National Coming Out Day: What ‘Coming Out’ Means in the South Asian Community

October 11 marks the country’s annual National Coming Out Day. Mainstream LGBTQ organizations such as the Human Rights Campaign tout this day as an empowering and proud way to celebrate the freedom to be out and open about who we are and all the genders we love.

While successful in this purpose, for members of the South Asian community, coming out is a concept that doesn’t always fit in with the mainstream narrative: coming out to families, parents, and the community at large remains unsafe for many minorities, and isn’t something as simple as looking at HRC’s Coming Out Guide. The shame and stigma around topics of gender and sexuality not only make embracing ourselves harder, it makes navigating our worlds as our full selves a never-ending game.

No one’s experiences are the same, and it’s not to say that coming out is any less pivotal or important for South Asians. But in a lot of ways, each of us who have had the privilege of coming out must acknowledge our journey, that of those before us, and pave the way for those after us.

Coming out isn’t for everyone, and there’s no one way to do it. Here’s a glimpse of what coming out means to a few (might I say awesome) brown folks. 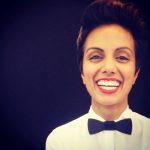 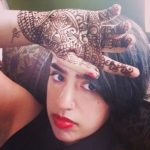 My first thought after coming out to myself was that I would never tell my parents. I had no conflicts with that decision. I knew they would never accept me. Not when their only other child was also gay. Coming out to myself meant accepting that I would not have parents or a family in the way others do. And that I would also have to fulfill the dreams they had as Pakistani working class immigrants who continue to survive in a country that brutalizes and targets Muslims, and other people of color.

Over the next several years I made personal and professional choices that took me all over the U.S. and the world. The life my parents believed I was living was one where I would work and come home, occasionally socializing and sometimes protesting on the streets. Hiding my queer identity, something so central to my politics, led me to hide all parts of my identity from them, including being a community worker, storyteller, organizer, and advocate for people who are marginalized. I used the distance between me and my parents, limited communication, and minimal physical time together as an unspoken coping mechanism to handle my growing depression I denied existed. It would manifest in unhealthy and unsafe ways, as it does for so many of us living multiple lives.

In the last year, I reached a breaking point. I began to acknowledge that I needed the release of disclosing to my parents I am queer. So I began to prepare to say goodbye to what little connection I had to them and acknowledge that because of their old age and stress of having one queer child, that I could actually kill them by telling them the truth about me.

While their initial response was acceptance, we have continued to have difficult conversations related to my queer identity. It was a risk in many ways, a privilege that not everyone has the option of doing given safety, financial ties, existing power dynamics, etc. But it has also enabled me to create a new relationship with my parents in which they know all of me, which at my point in my journey I needed.