Mauritius, the beautiful island-country, left me in awe with all that it had to offer. From mountains, to waterfalls, to islands, and a busy city center, it truly was paradise.

‘Le Bengaleau’ stood on the lovely banks of Baie de Tombeau, a beach house I settled into with my family right along the Mauritian shores. We were on vacation, a real family vacation in honor of my recent graduation commemorating four years of education that made me the proud owner of one of the most expensive pieces of paper. Mauritius was all but hastily chosen as one of our destinations since my parents had always wanted to travel there, and I, always hungry for any and all adventures, couldn’t agree more. 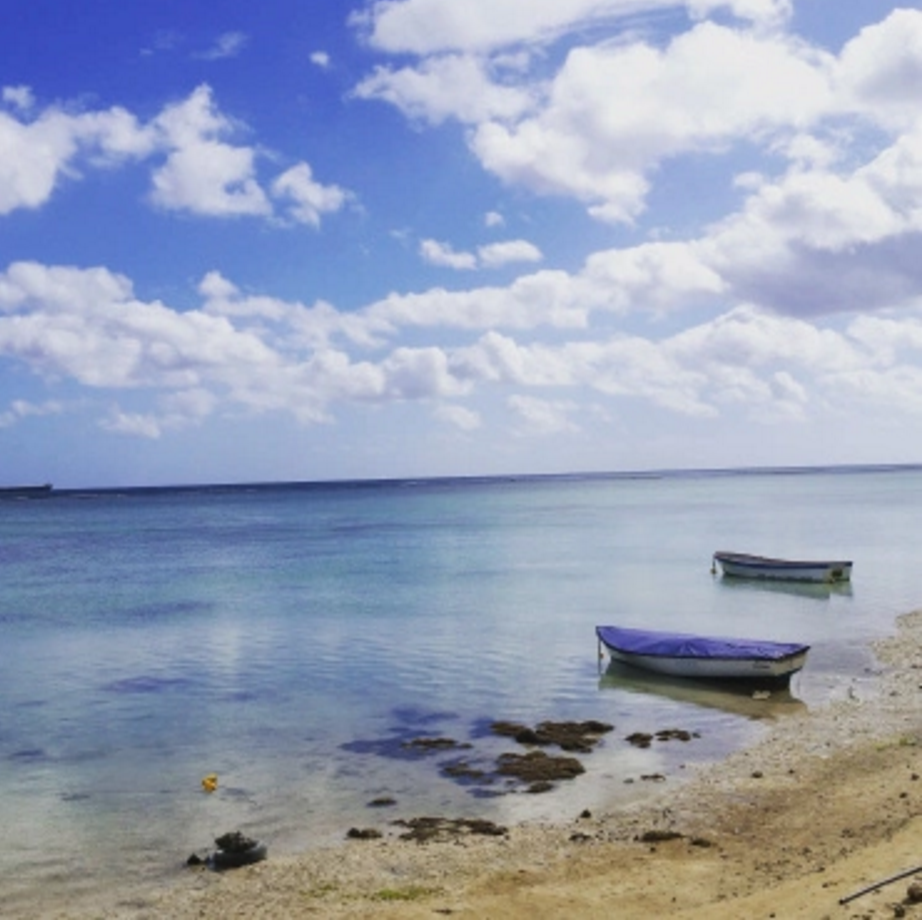 [View of the ocean from ‘Le Bengaleau’.]

Behind the house lay one of the clearest, most untainted views of the Indian ocean. A village known for fishing, small fishermens’ boats casually drifted and swayed on the clear waters, the sun beaming down on the vessels as the surrounding trees competed with it to offer shade. After admiring our habitat, where we would stay for the next five days, I convinced my parents to skip out on a traditional tour and explore the island-country on our own for a more hands-on travel experience.

[Read Related: Everything You Need to Know to Plan the Perfect Road Trip Around Gujarat]

Seven Colors of the Earth

In a couple of days, we were comfortable enough to drive to the other side of the island, a mere 1-2 hours way. We made our way up to a tiny town on a hill called Chamarel, known for its famous natural attraction: The Seven Colors of the Earth. As we entered the national park, our first stop was at a waterfall formed from the flow of lava that originated from a once highly active volcano on the island. The waterfall flowed smoothly, surrounded by lush, green foliage, gradually making me realize that I was in African paradise. 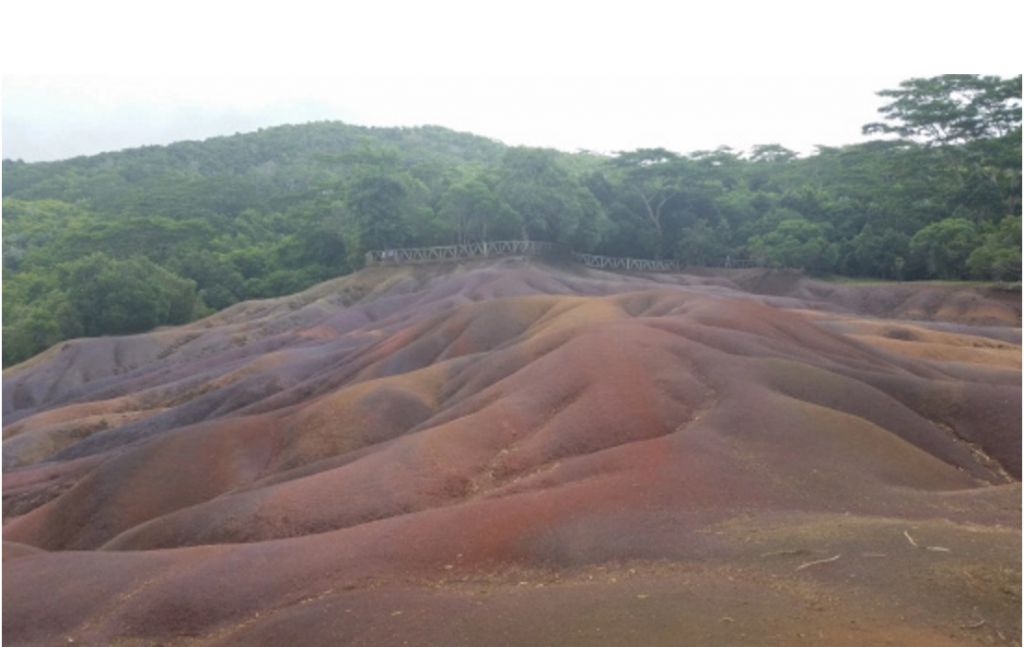 [Seven colors of the Earth.]

The Seven Colors of the Earth was located on a small, slightly hilly piece of land the size of a baseball field. The attraction earned its name due to the range of colors on the patch of land (from orange to purple to brown) created from volcanic rock millions of years ago. The rest of the green land surrounding the attraction seemed to be untouched, still very much alive and blooming, whereas the Seven Colors of the Earth was colorful, yet barren because life cannot biologically thrive on volcanic rock. As if I wasn’t already impressed by such an intriguing phenomenon, the national park had conserved land for giant tortoises that were sectioned off into a regular, grassy area for visitors to admire. These slowly moving 200-lb. creatures had been hunted by French and Dutch explorers several centuries ago and are now protected by the Mauritian government. 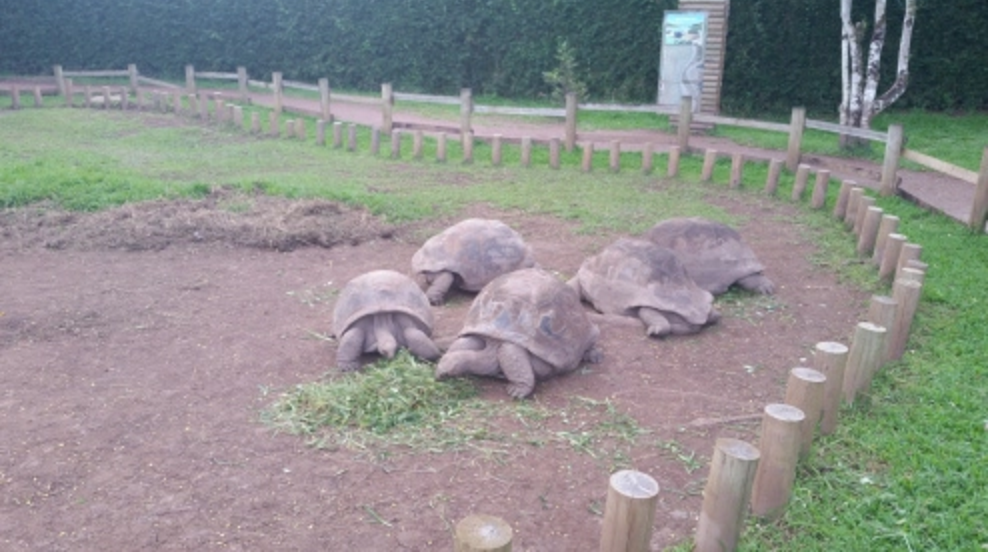 [Over 100-year old tortoises in the Mauritian town of Chamarel.]

The small city of Chamarel luckily also offered a marvelous Mauritian cuisine to accompany the vivid views of the land. Saveur Tropical served a delectable prawn curry and fresh fish wrapped in banana leaves with a touch of Creole sauce—an unforgettable fusion of Caribbean, Indian, African, and French flavors. The restaurateurs were ethnically Mauritian Indians, descendants of Indian indentured laborers brought over to work on sugarcane fields centuries ago, that spoke French and a Mauritian Creole medley and made up a majority of the ethnic population of the country.

Mauritius is well-known for its gorgeous beaches, French influence, and thriving wildlife and nature in the eastern part of the world. In fact, to this day, the French government owns a small island right next to Mauritius, a 20-minute boat ride away from the mainland shores. The small island, Ile Aux Cerfs, serves as another popular travel destination. A fear of seasickness on my mind, I reluctantly boarded the small wobbly vessel that would transport us across the clear waters. The sky was a serene blue and the waters even bluer. If I hadn’t been in paradise already, I was going to a place that would be the epitome of it very soon. The water gently splashed us on the boat, like subtle pinches to remind that this was reality and not one of many unfulfilled travel fantasies. 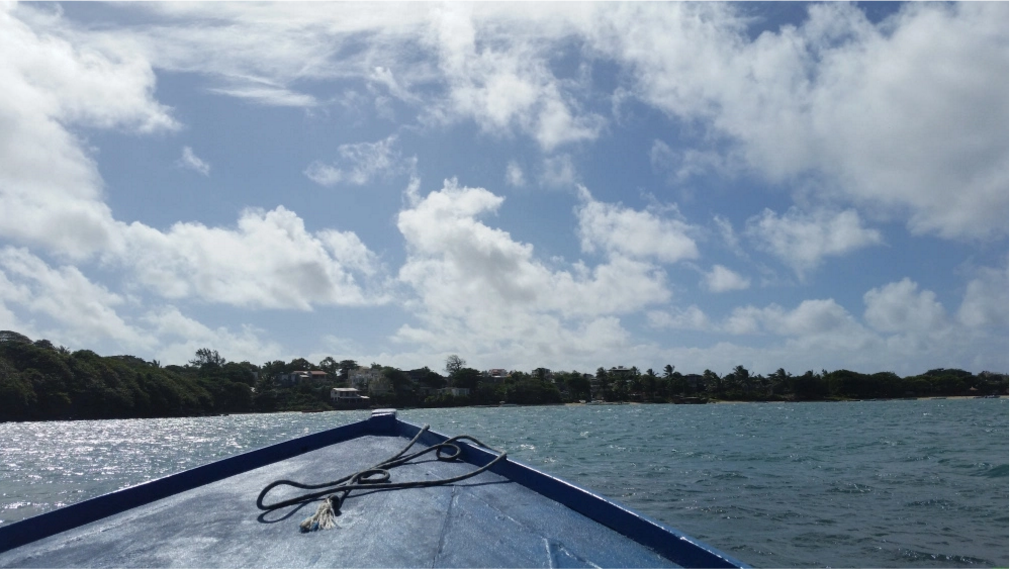 On the island, employees of the tourism industry bombarded us with all of the fun and exciting things we could do on the island that day. Ignoring their pricey requests, we strolled through a marketplace, eventually purchasing authentic pearl earrings and a necklace, teardrop-shaped and heavy from the insides of Indian Ocean oysters. Good food, clear waters, and a beautiful view made me appreciate and admire the island even more. The only thing that made the day even more perfect was arriving back to our beloved ‘Le Bengaleau’ in time for the sun to set into the ocean, satisfaction written on our faces as we sipped cups of homemade chai. 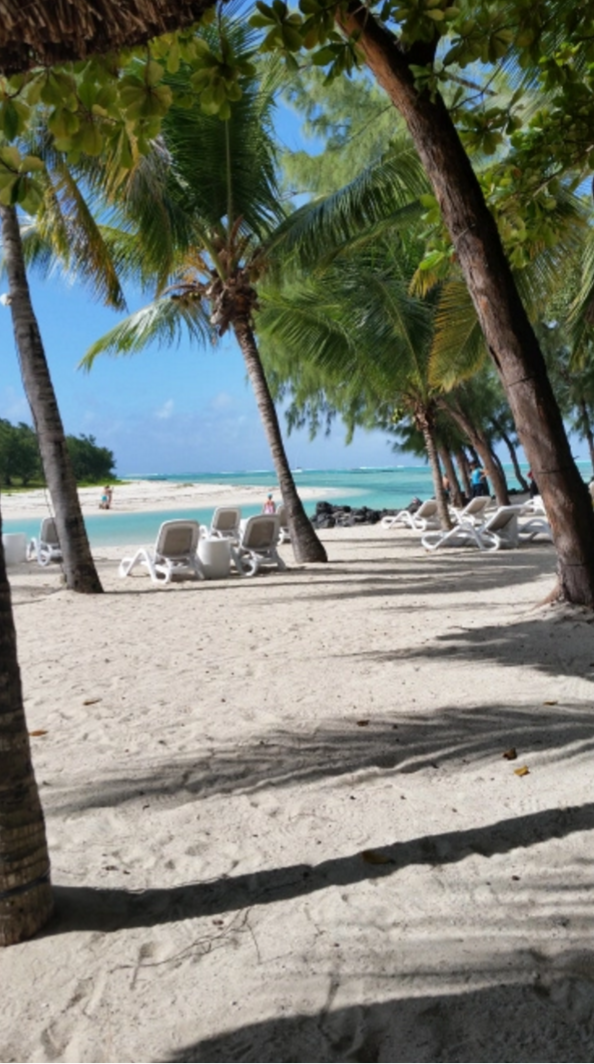 Our final adventure in Mauritius was marked by a quick trip to the country’s capital—Port Louis. The multiple narrow streets in the bustling city weren’t an uncommon sight as is true of most urbanized spaces. Most of the shops varied from selling Mauritian-made artisanal goods to local spice blends. People enjoyed bargaining, treating it like a game: survival of the fittest to obtain the best price for said product. Observing the locals was enjoyable as I watched them use the old “walking away if the price is too high” method until the vendors came begging back for their missed chance at earning even the slightest of profits.

One day, I will be back to experience all its wonders once again and hope that others, too, will be inspired to venture out there and experience the same!

[All photos are courtesy of Anuja Shashipadme.]