Mary Ann Thomas, a full-time nurse in New York City embarked on a West to East coast bicycle trip. She planned to bike up the coast of California and across the northern border between the U.S. and Canada. I have decided to track her journey for all of our Brown Girl Magazine readers with a three part article series. This is the third and final installment. (Read the first part here and the second part here.)

Our cross-country bike travel tour guide, Mary Ann, is back from her six-month journey and is currently acclimating to life in New York City. I had the pleasure of sitting down and picking the bicyclist’s brain about stories from her trip. 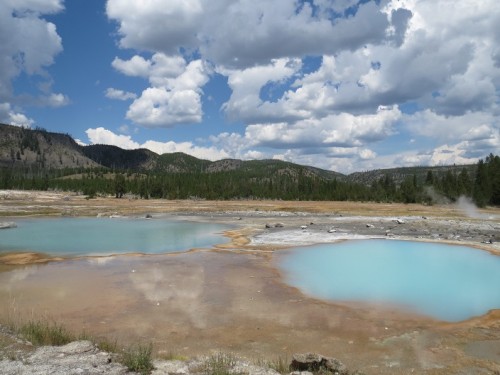 This past fall, as Mary Ann was on the last leg of her journey she headed east towards Toronto and then to Quebec. She passed through parts of the North American landscape, which closely resembled the likeness of the eastern United States but held onto the wild scenery and culture of the western coast.

Yellowstone National Park, located mostly in Wyoming but extends out to Idaho and Montana, was a fond memory for Mary Ann of the picturesque Western panorama where she walked on the outskirts of a pit of a volcano.

One particular memory she boasts of during her time at the park was, after wading through tourists for most of the day, Mary Ann along with two friends were feeling exhausted, they pulled out a portable stove to make coffee, when a bison emerged from out of the woods.

This creature was taller than me and appeared to weigh as much as a car,” Mary Ann said. “It walked slowly, trying to keep its gigantic head up. It had the ugliest face, and swaggered toward us slowly. But, bison paid us no mind and simply crossed the parking lot and up the hill that bordered it.” 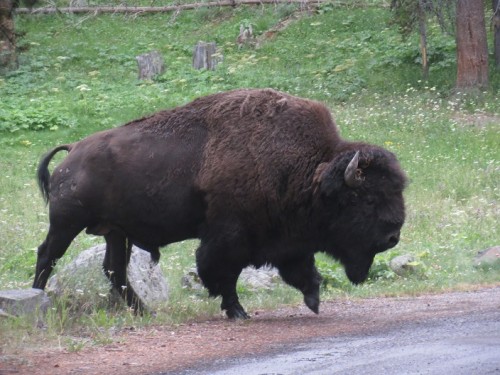 After the sighting, an ambulance sped towards us and drove in a rapid loop around the parking lot. The park ranger driving it parked the ambulance across from where we sat and walked towards us,” Mary Ann continued. “The ranger asked ‘Y’all see any bison?’ We excitedly replied ‘yeah,’ not realizing that he sees bison everyday, then he said ‘Where’d he go?’ We pointed. He continued ‘Just one? Not a big heard?’ We shook our heads, ‘no.’ He replied, ‘Great, We gotta  keep tabs on the bison. You know, tourists are just stupid. We got to make sure none of those tourists try to put their baby on the bison. They don’t realize bison are wild animals. They think they can play with them.'”

After a short bout of laughter from Mary Ann’s group, the ranger denoted the truth behind being so close to wild animals in their natural habitats.

The ranger went on to tell us, ‘You know what happened in the last bison mauling? The bison ripped a man’s scrotum off,'” Mary Ann said. “The men in the group cringed and I couldn’t stop laughing. This ranger had a perfect deadpan delivery with the cynicism of working in customer service. He didn’t smile once.”

This is just one tale from the six-month trip that took Mary Ann across the continent and her trip became more than just a memory making experience, it became a lifestyle.

The wind whipping against my face, forcing me to live in the present moment, forcing me to take in everything around me,” Mary Ann recalls. “The headwinds and the tailwinds, which could exhaust or exhilarate me.”

Mary Ann said she knows that she has personally changed through the process of this journey, and while she has learned to embrace the minimalism of bike travel, she has also learned to trust herself.

Part of me believes that I can never be the same,” Mary Ann said. “Part of me has been empowered on this trip in such a specific way, I have learned to trust myself in ways that I never did before. I learned how to trust my instincts, body, beliefs, opinions and to simply believe in what I know.” 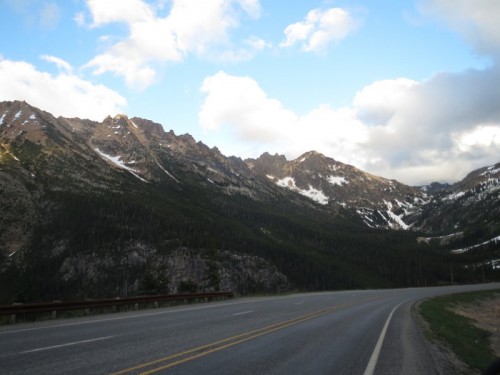 Mary Ann added that she developed a greater sense of who she is on this trip. She said this trip brought her closer to the person she wants to be.

Coming back to a routine life was a scary prospect for the adventurer. As far as reverse culture shock goes, Mary Ann said that it was the return to her old routine that made her upset.

It was being required to act the same way, talk the same way, interact in the same places I did before,” Mary Ann said in her blog. “But it wasn’t just entering old routines. It was the process of being asked, again and again, to break myself for them.”

While she will miss the adventures of bike travel, one thing she said she is excited about is returning to New York and hopes to become more politically active.

It was extremely isolating to bike while my phone told me that U.S. funded wars were flaring in Israel, Iraq and Syria,” Mary Ann said. “[I saw from afar] Mike Brown and Eric Garner killed by police and the national discourse shift to include a greater diversity of voices.”

For everyone else, she recommends traveling alone.

Solo travel as a woman is inherently political,” Mary Ann said. “It is an empowering creative act. It required me to be a better person. I encourage everyone to find a way and do it!”

Two of her biggest challenges she said returning to the city are: Going back to work and transitioning from riding a bike everywhere to riding the subway everywhere.

Speaking of her transition into mainstream society, Mary Ann said she is eager to jump into her professional passion again, healthcare. As a full-time registered nurse, she is able to help many individuals in a fulfilling and meaningful way, but has felt conflicted between her personal ideals and the culture of healthcare.

Coming back to work meant working in an environment that denies intersectionality and limits the autonomy of nurses, where the nurse-patient relationship is saturated with unspoken power dynamics,” she said. 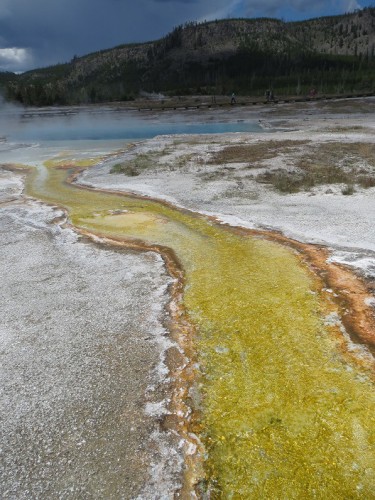 She said she thinks becoming used to the inner bureaucracy of health care again will be tough, but she is trying to challenge accepted dynamics through open conversations. Some of these dialogues will include writing in her blog to better express her opinions fully.

As far as the subway goes, Mary Ann will be spending two hours underground every day. She says she will miss having a reason to spend all day outdoors, but she said she has been making time to get outside despite the constraints of city living.

And despite these constraints and restrictions of life out of the wild, Mary Ann said she plans to bike again soon.

Sheena Pradhan started her career as a nutrition major at Drexel University. She is a is a Registered Dietitian-Nutritionist, writer, speaker and model. She founded and ran a business called Nutritious Balance after college in 2011. In 2013, she competed in her first pageant, Miss New Jersey USA, which she credits for empowering her and teaching her how to follow her dreams. Sheena is now pursuing her original dreams of working in the fashion industry in New York City. Sheena is now a stylist and hopes to soon call herself a fashion editor. She also loves to blog about health, food and nutrition on her blog. You can find healthy tips daily by following her on Twitter!