Beloved and well-known actor Kal Penn, star of “Harold and Kumar” and former White House Associate Director of Public Engagement, has given us yet another reason to love him with his humanitarian plea for Palestinian refugees on the highly popular “Master Chef” television show. The actor has donated $25,000 of his prize money, from the show, to UN Palestinian refugee agency, UNRWA.

Penn’s “Master Chef” victory aired on Monday, where he faced off against eight amateur celebrities in this special edition of the program. Just watching him win this competition would have been enjoyable to see, but his thoughtful and humanitarian efforts make his victory priceless.

Penn’s choice of non-profit organization to donate his monetary award spurred praise for the actor on Twitter from Palestinian supporters and fans, including yours truly at Brown Girl Magazine. Bringing the suffering of displaced Palestinians to the U.S. national stage for a celebrity of his caliber, to support Palestinian refugees and appeal on their behalf while the American media is selfishly non-existent in mentioning the Palestinians’ suffering, is a big deal… a VERY big deal. 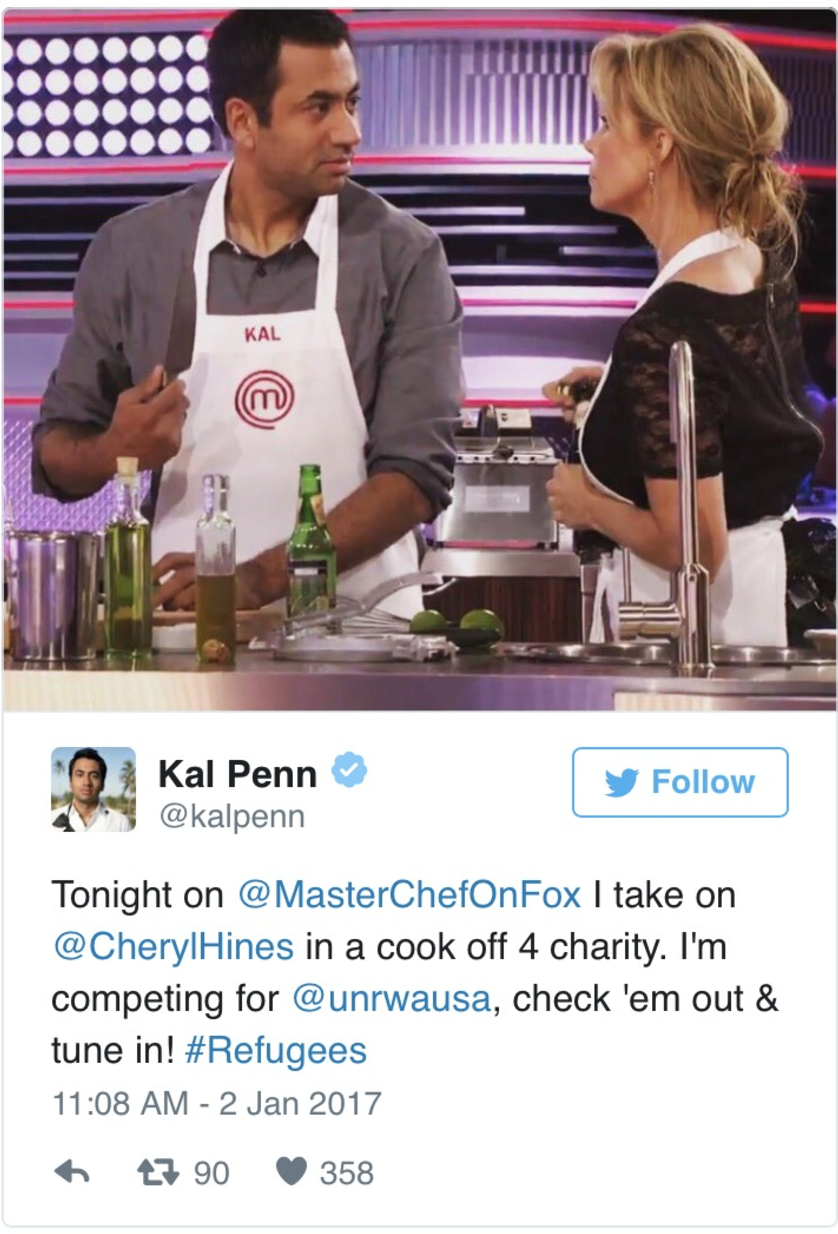 With donations pouring in after the show aired, awareness towards the cause has stirred up repressed feelings about the Palestinian-Israeli conflict and awakened people to reach out and into their pockets. The director of UNRWA condemns the hateful rhetoric in some Twitter feeds leaning towards the political disagreement as a backlash to Penn’s outreach, assuring the public there is nothing political about social service as the organization strictly stands for humanitarian efforts. 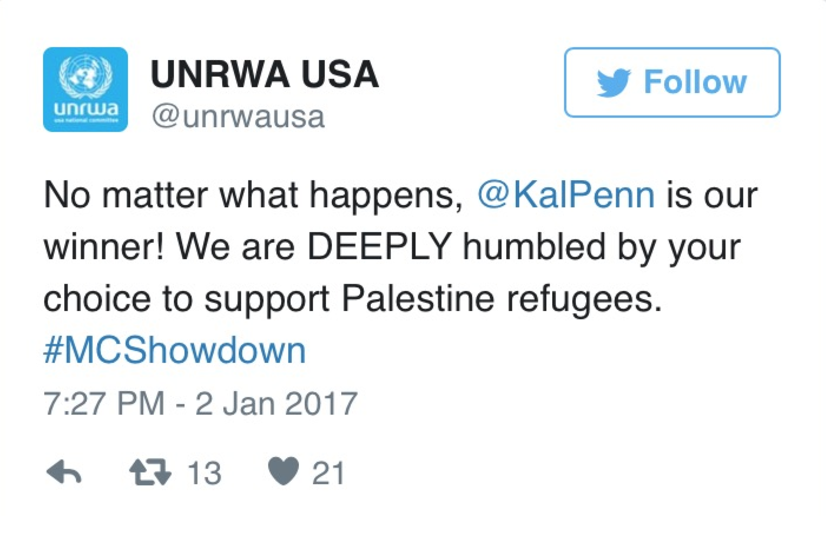 The unfortunate propaganda and one-sidedness of the news industry prevent the outpouring of sympathy towards Palestinians; despite the many videos circulating via social media, minimum exposure regarding “the conflict” should be considered inhumane and an unfair display of actual happenings – of actual human beings’ sufferings and killings.

If all it takes is a celebrity like Penn to win a cooking show and tweet about his support for more people to donate to this cause, then imagine how much more powerfully this message could be seen if more people used their various platforms and fame for good works like this.

We applaud Penn for his kind heart in remembering displaced Palestinian refugees and wish him the very best in all his future endeavors. Bravo!

Naila Sheikh resides with her husband and two kids in Houston, TX. Born and raised in Holland, she has a keen interest to keep up with the current affairs around the world. Her everyday life, apart from playing mommy, also consists of Food Blogging on her website: NailasKitchen.com.