Harleen Singh’s new documentary, “Je Suis Superhero,” is a fantastic feature on three people using cartoons to fight stereotypes. In fact, it is so much more than that because of the profound meaning and message it carries. In a time where xenophobia, sexism, and racism are alarmingly common and the media coverage of these issues are either biased or ignored altogether, Singh’s documentary is not only insightful but timely. It is a worthy study in why popular culture values, or rather devalues these topics.

Singh’s achievement is no small feat. She examines American cultural stereotypes with a backdrop of superheroes – typically, white, male, and physically formidable – as portrayed in comic books and films. 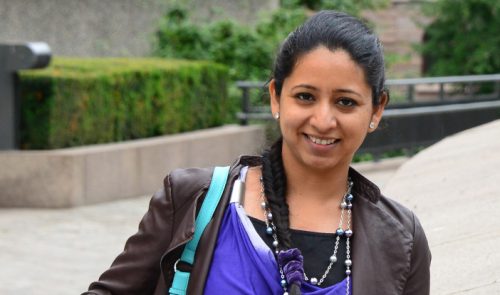 “The film explores how a lack of diversity among these superheroes reflects and reinforces public attitudes about who may or may not be of high value in our society,” she said. “We also take a hard look at the opposite of superheroes as portrayed in comic books: the villainous characters that, more often than not, represent racial, ethnic, or religious minority groups who are misrepresented and stereotyped.”

The film features the work of and commentary by three comic book artists: Keith Knight, an African-American who provides politically astute commentary, Vishavjit Singh, a Sikh who dresses as Captain America, and Eileen Alden a woman who is the creator of action based comics. These artists grapple with and challenge the stereotypes of gender, race, and physical appearance, both in their creative work and in their personal lives.

For the film, Singh said she also interviews a professor of entertainment education, a cartoon museum curator, and an Al Jazeera journalist. They reflect on the stories popular media tells and how they shape how we think about ourselves as a people. Singh questions who is idealized and who is excluded from the public determination of being held in highest regard.

In regards to comics, it would appear that there is more diversity than in years past. For instance, there are more superheroines in comic books as opposed to female characters only being depicted as damsels in distress. Despite this, most female comic book characters continue to be sexualized. Luckily, Singh’s documentary echoed these sentiments and believes that there is some progress in terms of diversity in comic books, but there are disproportionately less number of minorities.

“We address the gender stereotypes in two ways. First, we show a creator’s perspective. Eileen Alden is the creator of comics, but unlike what has been thought about of women creators—they can only create things that are highly emotional, are mostly sentimental and always deal with the subject of love—she breaks that stereotype and goes on to create an action based comic,” she said. “Second, from a creation point of view, the Super Sikh comic that we talk about in the film is also one where the woman protagonist is equal in her presence. She is definitely not a sexual object sitting in one corner, she plays a critical role in solving the issues. Her character is fiercely independent and can do things that are equal to a male counterpart if not more.”

Singh also added that though her film’s basis is comics and cartoons, it is essentially a film about challenging stereotypes.

“It’s not just about comics alone, but wherever we see a conscious or an unconscious bias. Our goal is to reach out to as many people as possible across the world and talk about the pitfalls of such biases that show up as racism and discrimination.”

As far as propagating stereotypes, Singh said we all share the blame and we need to reboot our attitude by becoming a more accepting society and break the walls we have created.

“We have come a long way from the 15th century, but we need to go further,” she said. “The film definitely has an answer to this question. Hopefully, towards the end of the year when you watch the film, you will have some handy tools with anecdotes to help you understand the issue and solutions to get past them.”

After completing a successful Kickstarter campaign with 275 backers, “Je Suis Superhero” is in a fiscal sponsorship with the San Francisco Film Society and all contributions to the film are tax-deductible.

Soni Satpathy-Singh is a recipe writer and developer who resides in Manhattan. She is either always cooking or eating be it for work or simply because she love to! She is working on her own cookbook and also recently created “Sketchy Desi” which provides daily humor, greeting cards, and apparel that celebrate brown culture. To see more of Sketchy Desi’s work, visit SketchyDesi.com or stay tuned to upcoming posts on Brown Girl Magazine.