In Order to Have True Gender Equality, Men Fight the Tampon Tax and Propose a Tax Exemption on Razors

*Note: The following piece is intended to be satirical.

So far, the Canadian government decided to remove the “tampon tax” on feminine hygiene products such as tampons and sanitary napkins. Radical feminists in the UK have progressed, and now, with the help of America’s ‘feminazis’, hormonal women riding the crimson wave are arguing that it is not their choice to bleed, and therefore should not be taxed to do so.

“It is absolutely ridiculous!” soccer mom Deborah stated. “Bill and I were just at the Marriott and he ordered the standard package, and they showered him with amenities! Between the whiskey and the robes and the potato chips and the chocolate… they even delivered Viagra to our room for him! Meanwhile, I had to go to the spa to upgrade to the luxurious package to get me some tampons and birth control!!!!”

These feminazis were baffled by this ‘tax on women’ and decided to create a petition on Change.org— and took it to the Supreme Court. Chief Justice Roberts ruled against them, stating that if Kiran Gandhi can run 26.2 miles bleeding freely, tampons are clearly unnecessary and therefore deemed it a luxury.

Women everywhere decided to protest this, wearing white pants without tampons and sanitary napkins and posting pictures on social media sites such as Instagram, Twitter, and Facebook.

Following this, and the fact that men everywhere were complaining that this protest was making them feel too uncomfortable to even be around female family members and coworkers, this tax was lifted.

However, as women everywhere rejoiced, men argued that they too have necessary items that are taxed, such as their axe body spray, razors, and other beard-related necessities.

“I mean, it’s really difficult these days,” junior Dylan Berger complained. “It’s not my fault that we live in a society that portrays attractive men all clean shaven! I need to buy razors and  shaving cream and aftershave just to groom myself. Like yeah, I get that this ‘hipster’ look is in now, with the full beard, the huge glasses, and skinny jeans, but I tell ya— the day I allow myself to look like one of those Bernie Sanders supporting, juice bar drinking, vinyl record listening hipsters is the day that I vote for Bernie himself! Now go away, C-Span is on.”

“This tax on razors really hurts us, especially us men of color,” random Indian kid Anuj Gupta stated. “I mean, it’s hard enough to try to assimilate into a society that glorifies white men. Like when I was younger, I only had white action figures— and they were all clean shaven. So not only do I feel this societal pressure to transform into a young white boy, it breaks the bank too—I go through two razors a week! I also don’t think it’s fair that axe body spray is deemed a luxurious item. If I could, I would go ~au naturel~ but in today’s society, women are only attracted to men who smell like forests and pine trees and spearmint, so it’s not fair that I am taxed for trying to confine to society’s so called ‘norms’.”

“Yeah, I mean, if women can protest lifting taxes off of their own personal hygiene products, so can men!” a representative of Men’s Right’s Activists Committee said. “I am so sick and tired of this… these days women dye their armpit hair and protest that the wage gap is unfair and that they are treated as second class citizens. Well, ya know what? My razors and shaving cream and aftershave and deodorant are all ‘personal hygiene’ products, and they are just as important, if not more important, than these napkins and plugs women claim they need. It’s time that we meninists unite and stand up for our own rights,” the representative whined.

Men are now also demanding that condoms be taken off the taxation list, since because of the sexist society we live in, they are always the ones who need to provide them. 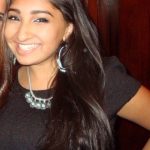 Arwa Adib is currently a junior in high school, from Long Island, New York. When she isn’t studying or busy with extracurriculars, she is probably either listening to music or debating morals and ethics with her friends. Sassy and quick-witted, she enjoys to write and share her views on practically anything and everything. She hopes to pursue a career in medicine or engineering one day, and is excited for what the future has in store for her!