What Idli Means to a First Generation Indian-American

This holiday season I am thankful for a lot of things, but one of the less obvious ones is that as a graduate student, who is lucky enough to live at home, I am thankful that I get to eat my mom’s homemade idlis at least 2 out of 7 days of the week. Sometimes for breakfast, sometimes for lunch, sometimes both. Over the course of the 20 or so years that I’ve eaten idli, I’ve discovered that people might change, I might change, but the idlis, and questions that other people ask me about this iconic food, are more or less remain the same.

“What IS that?,” is an inevitable question I get asked when I open my lunchbox. And yet, despite the almost 20 years of eating idli, I feel like I never have a good enough answer. How could I possibly fit the full essence of an idli, in the typical attention span of someone who asks me that question? So that’s why I’m writing this piece. To go beyond, “it’s a steamed rice cake.”

[Read Related: How to Find Perfect Wine to Pair With Desi Food]

Pronounced “id-lee”, “id”, like the Freudian part of the mind which controls innate instinctive impulses, it’s safe to say that for me, idlis produce an innate impulse that few foods can match. My love for idli has weathered the test of time, and has transcended continents and cultures in ways no other food quite has.

Although I don’t remember the first time I ate an idli, I know I must have been very young because for most people who are Indian born, or have Indian roots, idlis are one of the first real Indian foods you can physically eat as a baby, because of their ease of digestion. Back then, I was fed small pieces of idli, pinched off, gently pressed and flattened by my mother’s and grandmother’s nimble fingers, before each piece was dipped in a chutney and guided into my mouth. And I’m told they then worked up from plain idlis to ones dipped in the spicier chutneys and pickles. It’s probably for these reasons that I developed a high tolerance for spicy food, a tolerance which remains today, and it’s probably for these reasons that eating idlis feels like I’m home. 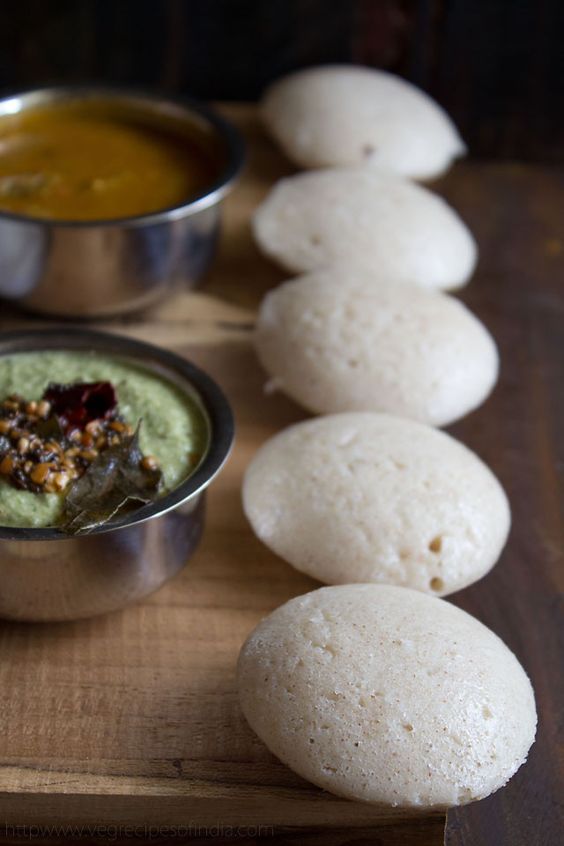 Idlis followed me to grade school in the United States where I was that Brown Girl who brought them for lunch almost every day; but idlis didn’t get the limelight at school in quite the same way they did at home. They remained concealed inside my lunchbox which I kept hidden inside my desk, while I brought only a spoon up to my mouth, quickly, so no one could see what I was eating—just a spoon darting from inside my desk and into my mouth. But despite all of these efforts to hide my food, I couldn’t do anything to hide the characteristic smell associated with the chutneys and spiced powders.

So ultimately, everyone ended up noticing, and ended up asking me pointed, and sometimes insulting, questions—questions to which a first generation kid has neither the knowledge, nor the confidence to properly answer at that age. I explained it away, haphazardly and carelessly with a curt “oh it’s just Indian food” just so I could have less attention drawn to me. I had several of these “lunchbox moments” with idlis and other Indian food, which made me dislike the same food I thought was delicious at home, yet made me incredibly insecure of my background and culture.

But as I became older, I became more observant and more confident. I started noticing how my mother would prepare the idlis at home, so that I could have a better response prepared and rehearsed for the next time I was asked. I learned that you needed a special kind of lentil called “urad daal” which has a lot of health benefits to it. Then, you only needed to grind it into a fine batter, add salt, let it ferment for a few hours, and pour the batter into circular molds in stacked steel trays. Next, you put those steel trays into a pressure cooker, and wait for 3 ear-piercing whistles which signalled that the batter had risen, and that the idlis were done. 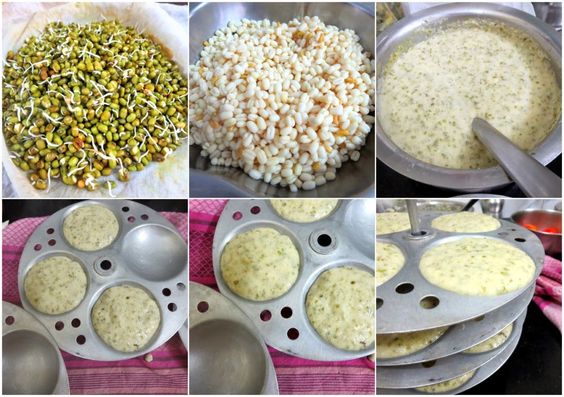 And there you have it. That’s more or less the process of making idli, a process which I can now mechanically rattle off after years of practice. But describing idlis like that always felt incomplete, because I was describing them in a way that would be palatable to my non-Indian friends instead of talking about it in a way that felt right to me. There’s still so much more I can and want to say like for example, the fluffy, melt-in-your-mouth feeling of a freshly steamed idli. Or the numerous chutneys and sides you can eat it with. Or how the thin coat of ghee that’s added soon after, glistens on an idli’s white surface. Or even how, when I got sick frequently during my freshman year of college, I came home not to medicine, but idlis, which had a way of curing the mind, body, and soul.

[Read Related: Learning to Love Yourself While Brown]

So as I sat eating idlis this Thanksgiving instead of a typical turkey dinner, I had a moment to reflect and really think, not just about how yummy the idlis were, but also how they were in a way symbolic to how far I’ve come in accepting, and being proud of, a hyphenated identity.

Broadly speaking, I know many immigrants go through a similar cycle that I did. We find ourselves embarrassed or afraid to reveal parts of us that might not be accepted so we hide, repurpose, or dilute integral pieces of our identity like our food, our name, or our customs.

But on the flip side, I’ve also found that many of these immigrants such as myself eventually go through a process of self discovery and self acceptance where they emerge proud of who they are, and yes, even gain the confidence to eventually write about it. This is a process which I’ve seen happens over time, in parallel to how one’s maturity naturally progresses. For me it was crucial that as I grew older, I sought out more knowledge about my culture instead of shun it, and it was crucial that I was surrounded by positive influences like my friends and family who could empathize and support this process of self discovery.

For me it took almost 20 years to understand and realize that eating idlis was something that would simply be non-negotiable, which meant that nothing would stop me from eating them the way I wanted to eat them. So that’s why to this day, you will find me in grad school unabashedly eating idli for lunch. And, if you’re nice, I might share some so you can taste the deliciousness for yourself, and so I don’t have to worry about explaining all of this next time someone asks me, “What IS that?”. After all, life is too short to spend time not eating the food you love.

Sruveera is a recent graduate of William & Mary where she majored in Neuroscience and minored in Public Health. Before medical school, she is pursuing a Master’s degree from Georgetown University and serving in her local community whenever she gets the chance. With community engagement as a driving force throughout her life, she hopes to one day combine her background in medicine, love of public service, and strong advocacy to enact systemic changes in the healthcare system and beyond.