How Can South Asian-Americans do a Better Job of Combating Racism in America?

The following post is summaries of ‘Radio Azad’ episodes: ‘The Phobia of Muslims‘ and ‘Sway to the South Asian Tunes.’ The opinions and dialogue below are of the author and do not necessarily reflect the official views or political position of Brown Girl Magazine.

How can Muslim-Americans and South Asians do a better job of combating racism in America?

Other things to consider for this election season:

In that vein, tell us:

‘Sway to the South Asian Tune’

After starting my political podcast on ‘Radio Azad,’ I realized there is very little data on the South Asian community regarding American politics and policies.

So, I conducted a political survey to identify what matters most to us in this upcoming election and what policies we need to educate ourselves on. In the podcast, I did a basic overview of the hottest topics, but on my blog, I go into further detail on each question.

I had 144 complete responses. These were split about evenly between males and females, and the majority of the responses were in the 30-49 age group, followed by 18-29-year-olds, then 50-69-year-olds, and a few who were above 70 years old.

I based the majority of my questions on surveys administered by The Washington Post, The New York Times, and the Brookings Institute that asked the general public about major policy issues for the 2016 election.

Tune into the podcast or check out my blog post for the results of the American South Asian political survey. 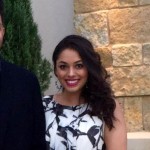 Azra Siddiqi is an attorney who is passionate about politics and currently working on legislative policy for the great state of Texas. She is also hosting a podcast on Radio Azad regarding the 2016 elections and the impacts the South Asian community can make. She wants people to realize that learning about politics is an investment in your and your children’s futures. Join her on this quest as we navigate and understand the intricate process of American politics. During her free time, she enjoys traveling, reading novels, trying new restaurants, and cheering on the Longhorns and Cowboys! You can also check out her political blog, Facebook, and Twitter pages! #WiseUp