How All Women Need to Look Out For Each Other

by Brown Girl Magazine
in Feminism
0 0
0

Now, instead of texting each other, you can text other people.

There are a few of us. We are rare. You know, the women who feel beautiful from within, secure in themselves, content with their weirdness, and the ones who encourage other women to conquer the world and so on. However, we do exist, in larger numbers than it appears. I used to believe that a woman at work or a female sales associate at a store would be my greatest enemy. Much to my displeasure, I’d been proven right repeatedly.

Women do not like other women. I would ask myself why this was the case.

Oh, the number of girlfriends I had lost in the past. The petty fights, the borrowed clothes, the callous backbiting. The despair was at times as bad as a breakup from a lover. What was the cause of it all, I’d ponder?

[Read More: Open Letter to Everyone Who Tried to Fat-Shame a Confident Indian Woman]

Was I the only woman who admired the greatness and beauty of other women? Why is it so hard to look past your biological makeup and really like this human, this female, in front of you? My mother and I spent hours speaking about this over coffee. She stated what seemed obvious but that gets overlooked all the time; a woman still finds it more gratifying to be respected and loved by a man than by a woman. We are taught never to take abuse or bad behavior from a man. How about not taking abuse from a woman? When did it become acceptable for a woman to body shame and bash another woman’s appearance on social media?

Mum is a beautiful version of the modern-day feminist—one who believes that women can be vulnerable but can also get to Mars singlehandedly. She told me when I was very young that I didn’t need to get married if I didn’t want to. She thinks marriage is important, but that it is not the end of all of my femininity.

But this was not the opinion some of my female peers had when they tied the knot. I was asked in the most patronizing manner,

As though I was supposed to find this endearing and complementary, and that I was meant to cover my face and gush. It became immediately apparent, that being married was another way to “one up” a female.

The question I have to ask is this: why don’t women encourage other women to do better at work? Or school? Or sport? Or whatever it is they’re engrossed in. Ever heard of those “poker nights” that men have? I’ve been given an inkling of what goes on during those hours and my God, men really do support each other. They would advise each other on how to better their LinkedIn profiles and what to eat if they’re looking to bulk up, amongst a plethora of informative topics. A “night out with the guys,” it seemed, was more educational and informative than any of my ladies’ nights, which were largely spent listening to the belittling of a female coworker/ex-friend.

If only we could garner positive energy and use it to help, influence, inspire, learn from other women, and imagine how beautiful all social media platforms would be. It pains me to see a woman comment demeaning words on, for instance, Priyanka Chopra’s Instagram pictures. One could argue that ghost accounts comment all kinds of rubbish. But what’s scary is, the ghost accounts chose to take on female names!

The suggestion I’m trying to make is simple,

If I come across as someone who’s been wronged by female peers and friends, it’s because I have. This piece is my own and not intended to generalize. I would love to hear of stories that provide a rebuttal of my current point of view. 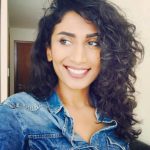 Benazir Siddiqui is a globe-trotting Indian residing in Dubai and managing an educational solutions company. She likes the fine arts, good wine, well-groomed nails, and salads. Chaat makes her happy, so does a smile from a stranger. You can follow her on Instagram, here.