What is the Historical Significance of Raksha Bandhan?

The festival Raksha Bandhan is almost upon us and it is truly one of the most important cultural festivals for Indians. Raksha Bandhan, or known as Rakhi, is all about the bond between a brother and sister and is extremely significant in India for bringing families together. This is one of the few festivals in the world that celebrates this relationship and its importance is highlighted through various traditions and customs. The name Raksha Bandhan translates to “bond of protection.”

On this day, brothers will vow to protect their sisters from whatever harm or danger may come their way, and the sisters return the favor by praying for their brothers to protect them from any evil. This sacred promise is solidified by the sister wrapping a silk thread, or a Rakhi, around the wrist of her brothers.

But if you don’t have a brother, don’t fret. The ceremony can also be done with other family members or even close contacts that are outside the family. Mothers have tied Rakhis to their daughters, priests tie them to their patrons, and close friends have tied them to each other, just like Forever Rakhi company founder Jitin Hingorani was given one from his dear friend Meeta Manglani.

Rakhi dates back hundreds of years and has even been represented within many of the famous Indian mythologies. According to legend from the Bhagavata Purana, the Demon King Bali, who was a great devotee to Lord Vishnu, asked God to come and live with him at his castle. Vishnu’s wife, Goddess Laxmi, visited King Bali and tied a Rakhi to him, thereby forcing him to grant her one favor. She asked him for Lord Vishnu’s return to his home with her since Lord Vishnu had committed himself as King Bali’s doorman to protect him from any danger after seeing King Bali’s devotion to him.

In the epic tale of the Mahabharata, Draupati tied a Rakhi to Lord Krishna and Kunti tied one to her grandson Abhimanyu before the war began.

But it’s not all about sisters tying Rakhi threads to their brothers, the siblings also give each other Rakhi gifts, usually in the form of sweets, dried fruit and best of all, clothing. In recent years, people have also turned to giving jeweled Rakhis, which can resemble bracelets, as well as wrist watches, in place of the thread. For a long-lasting Rakhi, check out the Forever Rakhi collection, so that your recipient can cherish the bond for as long as the title suggests: forever.

So this year, if you have a brother, give him the love and support you know he’ll return to you and strengthen the bonds of your family. And if you don’t have a brother, find someone who means as much to you as family and give them the greatest token of love and protection. It is truly one of the greatest honors one can receive.

A sister’s love for her brother lasts longer than a day…so, why shouldn’t her rakhi? Forever Rakhi is a chic, customizable line of men’s bracelets that will always remind a brother of his sister’s affection. Follow @ForeverRakhi 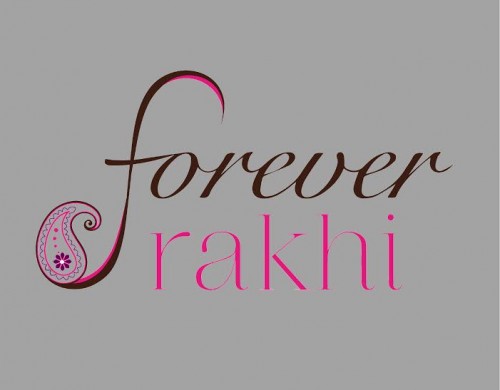