Each one of us has a story to share. We are the protagonists of our lives, the hero or heroine dealing with the unwanted situations and realities of this world. I happen to have one such story too.

My story is about a region where the women are unfortunately treated as a commodity. I belong to the South Asian region, where we are judged by the clothes we wear, the shape of our bodies and, most importantly, by the color of our skin. 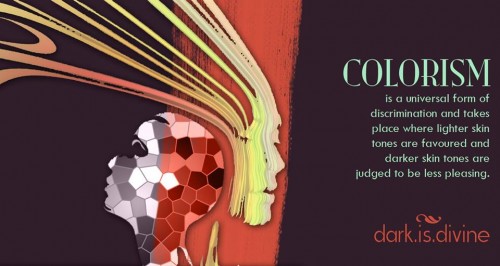 Despite all my potential and capabilities, I was judged and misjudged by the people around me. I faced a lot of criticism and heartbreaking comments like, “Let’s paint her white” by classmates.

I remember, once, being nominated in school awards for the category “Makeover required.” The awards were being organized by my fair-skinned classmates.

However, to my family skin color was never a topic of discussion, or else I would have probably grown up with similar prejudices as others from the subcontinent.

I witnessed and listened to the sad discriminatory stories of other darker toned girls and the indifferent attitudes of people towards dark girls. This viewpoint that a dark skin tone is something to rebuke makes young girls feel like victims of colorism. Girls judged on a daily basis for their skin color makes them less social, because they are afraid of being bullied by their classmates. Some have even confessed to being called names such as “ugly duckling,” “blackie” and more! 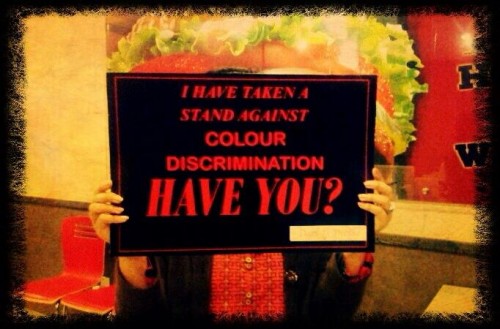 In Asian countries as a whole, there is a craze of fairness creams and it’s shocking to see the media mold society and teach the masses to discriminate against women with darker skin tones. The fairness advertisements are shown day and night on every single TV channel, these ads have a huge psychological impact on women with darker complexions. These advertisements send the message that if you are fair-skinned, you are confident and beautiful and if you are dark, you have no social life and you will end up with nothing in your life. These unfair advertisements have polluted our minds and developed the thought that fair-skinned girls are far better off. Bombarding the younger girls and boys with such prejudiced advertisements has created social inequality.

Many such incidents that I came across brought me to start my anti-colorism campaign to ignite a national conversation about women with dark complexions and to affect positive change in the way they are perceived in South Asian culture.

“Dark is Divine” is a campaign not just to redefine beauty standards, but to help people realize that beauty is more than just skin deep and we need to make the world an accommodating place! Those that have approached me so far told me they developed their negative thinking from a very young age and the ideas were fostered by the most important people in their lives. So for change to be brought in its full vibrancy there is a dire need of an anti-colorism campaign.

“Dark is Divine” not only aims to redefine beauty standards set by our society, but to also build the confidence of victims of colorism!

At least a generation long effort needs to be put into action with wide reach to the grass roots of the most far flung segments of society.
We as a region need to confront this discrimination honestly. The first step towards curing it is to accept the fact that this discrimination exists. Secondly, there needs to be strong championing for the the government and media to ban all discriminatory advertisements which perpetuate social inequality.

“Dark is Divine” has become the voice of many dark girls and boys out there who had lost confidence due to the colorism and I am certain that “Dark Is Divine” will help redefine the connotation of the word “dark” and will bring sea of change to the way we think as a community and the psyche of the general population.