by Brown Girl Magazine
in Health
0 0
0

The short answer is, yes, it matters a lot. Cesarean sections can save lives. Some babies are too large to fit through the pelvis and a cesarean is their only way out.

Across the globe, the percentage of births by cesarean section has been growing. At first, you may think this is a great thing. But medically unnecessary cesarean sections are dangerous. They can increase the risk of bleeding, infection, and severe complications in later pregnancies that can lead to the infant’s or mother’s death.

Here’s the rub: many women who need cesareans don’t have access to them. And, many women who don’t need them are getting them anyway. South Asia is a particularly interesting place to examine cesarean delivery rates. Like most places in the world, the cesarean section rate is increasing, but where? And for whom?

In the United States, about one-third of infants are born via cesarean section (1). Most experts agree that this number is too high. The World Health Organization estimated that 15% is a reasonable upper threshold for a nation’s cesarean delivery rate. At 15%, there is a reasonable balance between saving lives with cesareans and causing women and babies more harm than good.

What is the lower limit?

Experts estimate that at least 5% of births absolutely require a cesarean delivery, although this estimate is pretty rough (2). Suffice it to say, less than 5% is definitely not the safest level for laboring moms.

So, where do South Asian countries stand?

A 2013 study collected data from household surveys from four countries in South Asia: Bangladesh, India, Nepal, and Pakistan (3). All four countries showed significant increases in the rate of births by cesarean section from the 1990’s to the present.

Are c-sections becoming more available for all women?

In India, the wealthiest women had a c-section rate of 8.2% in 1992, which rose to 25.5% in 2006. The poorest Indian women had a c-section rate of 0.4% which rose only to 1.5% over the same time period. In this case, the wealthiest women may actually get too many cesarean sections, while the poorest women do not have access to enough. In both cases, the mother’s health is at risk.

None of us remember our very first birthday—the day we were born. But, often, the events that day shaped the rest of our lives. Was a c-section necessary? If so, was it available to us? Was a vaginal delivery possible? Did we end up with a cesarean section anyway? Location and wealth, it seems, are two of the biggest factors in answering these important questions. The most important question is still unanswered: how can we find a balance between too many and too few cesarean deliveries to save the most lives? 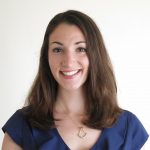 Dr. Eva Martin is the CEO and Founder of Elm Tree Medical, Inc., a medical device company devoted to innovating in the field of women’s health. They are currently developing a device to increase the accuracy of cervical dilation measurements. Eva blogs regularly about women’s health on the Women’s Health Review blog. To learn more, please visit their website elmtreemedical.com or connect with her on Twitter or Facebook.