Meet our July Brown Girl of the Month, Sharon Muthu—a South Asian (Tamil) actress, voiceover artist, and singer based in Hollywood. Her television acting resume boasts guest appearances on hit such shows such as, ‘Scandal, ‘Black-ish,’ ‘Grey’s Anatomy,’ ‘Glee,’  ‘Criminal Minds,’ ‘Desperate Housewives,’ ‘Outsourced,’ and many more. Her accomplishments include a voiceover resume featuring a multitude of video game and animated projects. Muthu has a mastery-level certification in Bharatanatyam (South Indian Classical Dance) and is a prolific jazz singer. She serves as the “Ambassador to Hollywood” for the international awareness campaign, “Dark is Beautiful,”  with whom she continues to spread awareness against the toxicity of skin-color bias in the world. She strongly supports and encourages the rise of ethnic diversity in Hollywood, and she hopes to be a prominent part of the next chapter of South Asian talents being featured in mainstream American entertainment.

“From the time I was a young child, I was surrounded by the misguided belief of my South Asian culture that only “fair” skin could be considered beautiful. This especially troubled me years ago as a young actress just beginning to pursue my professional artistic dreams, first in theatre and then in television and film.

I witnessed time and again that there was no one who looked quite like me, with my dark skin and full body, being featured as the beautiful heroine in mainstream Bollywood entertainment. As a result, Hollywood only had Bollywood’s version of what a leading South Asian woman looked like to learn from. Women who — despite being beautiful and talented — looked nothing like me. ‘Something needs to change,’ I thought, and a fire was ignited deep in my heart as my mission in life became clear to me. As I set my sights on television and film as a career, I knew that I could do my part in helping to change things for the better. 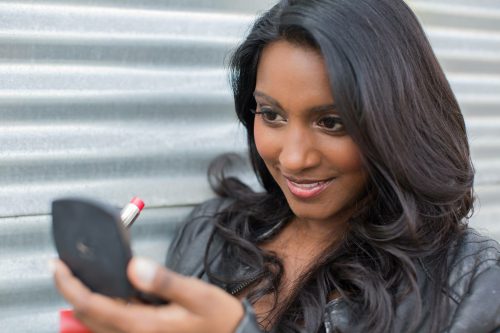 I vowed that day to try and be a bridge between Hollywood and my South Asian community, not only by doing good work in my acting but also by being a strong female and dark-skinned South Asian presence in mainstream Hollywood entertainment.

Since then, I’ve made it my mission to be a loud voice in Hollywood, championing diversity, striving for authenticity, representing my incredible South Asian community, and openly celebrating that beauty has no boundaries and can come in every size, shape, color, creed, gender, lifestyle, and brilliant shade of skin.

To that end, I am honored that I was chosen in early 2015 to be the ‘Ambassador to Hollywood’ for the international awareness campaign, ‘Dark is Beautiful,’ where we work tirelessly to rid the world of the toxic belief that only fair-skin equates to beauty. It’s been my blessing and privilege to lend my face, name, and voice to our campaign and the amazing outreach efforts of our campaign’s core team, while simultaneously doing my part to pave the way through an industry that is often less-traveled by South Asians.

Along with my colleagues in Hollywood, I am hoping to inspire future generations of children to see the beauty within themselves, and career possibilities in mainstream American entertainment, no matter their shade of skin. This is my continued mission. 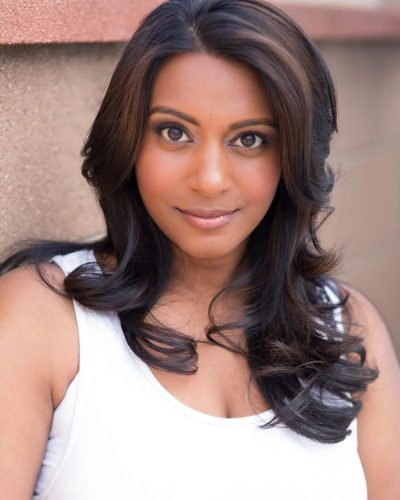 I am thrilled with what I’ve accomplished so far but there is plenty more work to be done. I am beyond proud of my dark skin. I am overjoyed to be part of an industry where my skin color can be considered as a beautiful asset. I certainly face my share of daily challenges in a very difficult industry but every incredible role I get to play is not only a personal triumph for me but also a victory in the fight against skin-color bias. It is an honor to represent my culture, and in my small way, all the dark-skinned people of the world here in Hollywood. It is with a sincere heart that I hope to have many more years of success, both in my acting career and in my ambassadorship with ‘Dark is Beautiful.'”

With lots of love,