Mary Ann Thomas, who is a full-time nurse in New York City embarked on a West to East coast bicycling trip in April. She plans to bike up the coast of California and across the northern border between the U.S. and Canada. Because Mary Ann is South Asian-American (Malayali)– I have decided to track her journey for all of our Brown Girl Magazine readers with a series of four articles. This is the part one of the series and the next article will run three months into her journey, and the last article will exhibit her perspective after the trip.

Mary Ann and I met on the cross-country team in high school. Like most friends that go away to different colleges – Mary Ann and I drifted apart during those four years. We reconnected after our senior years of college when we went on an exciting adventure from Princeton, N.J. to Nashville, T.N. by bicycle.

Mary Ann continues to live life to its fullest and take adventurous trips. She has done four long bike trips prior to this one, including the trip mentioned earlier. 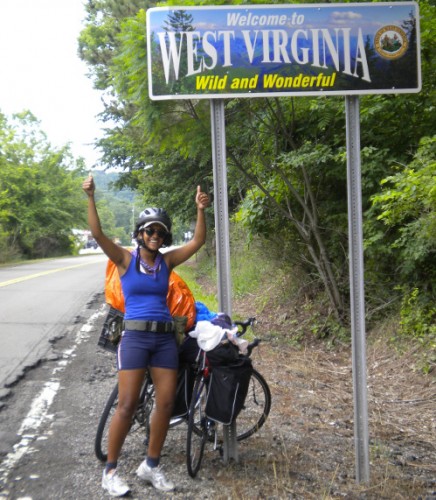 She started riding bikes for transportation around her college campus. Since then, her interest in biking has grown from a practical means of traveling to fueling her inspiration for life.

A bike as an empowering vehicle… It can lead you to experiences and to interact with the world in a way that [cars] prohibit. A bike requires using my physical and mental abilities to power it,” Mary Ann said.

Mary Ann began her trip in San Diego, C.A., then she rode her bike up the West coast to Vancouver, British Columbia and then traced the border of the U.S. and Canada ending her journey at Montreal, Quebec. She plans to see many of the natural wonders while passing through, including the sandy beaches and redwoods of California, Olympus National Park in Washington, glaciers, Big Sky Country in Montana and cool, hip cities like Portland.

Between school and work, her previous trips had timelines and obligations to come home to. This time, Mary Ann took the courageous step to leave her job. She plans to be on the road for the next six months, but she is okay if it takes a bit longer. She said she does not have set plans for when she returns and is excited to finally take her time with this trip. 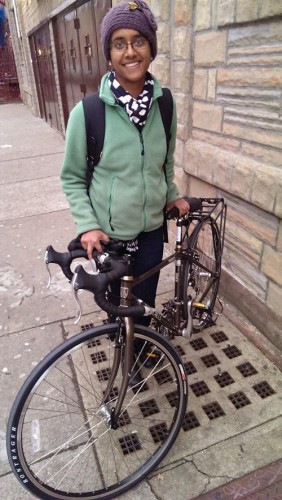 People often ask Mary Ann if she is scared or seem surprised that she could take off six months from work. She said she often hears people say they could never take six months off.

By commenting that one is afraid or cannot take time off, Mary said,“the person is commenting more about his own life and how he lives it.”

Mary Ann does not see these limitations for herself. She was able to save money from her job, so she could leave her friends, family, job and apartment behind to live her life to its fullest.

She says that she has received a lot of support from friends, her partner and people close to her. “

My friends are incredible, supportive, and encouraging. Some of them have been helping me plan by inspiring new ideas for the journey. Some are holding on to some of my material possessions while I’m away. Others are reaching out to their networks around the country. This is becoming a journey that involves more than just me.”

When I asked Mary  what advice she would give to our readers or anyone looking to step outside their comfort zone, she said that bike travel is something that she loves and wants to do more. The main obstacle for her—as for most people—was her career.

Do I care about money, a bonus, so much to postpone my dreams for another two years? For me, the answer was no.” 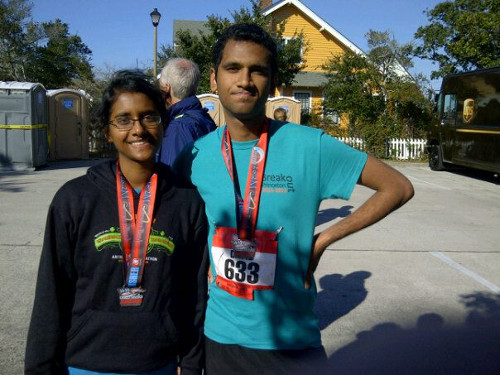 Mary Ann said she feels that she has overcome many of the obstacles that South Asian women face in terms of family expectations—work, school, dating, traveling—the list goes on. She and her family have an understanding that Mary Ann is going to live her life the way she wants to. She feels that her family genuinely supports her even if they don’t understand her choices.

I cannot allow myself to be disappointed with my own life. We have finite years in this life. I don’t want to wonder what my life could have been like if I worked less or traveled more. Biking across the country is something that I want to do. I created ideal circumstances for me to go. I set myself up for an incredible opportunity, and now I’m going to take it.” 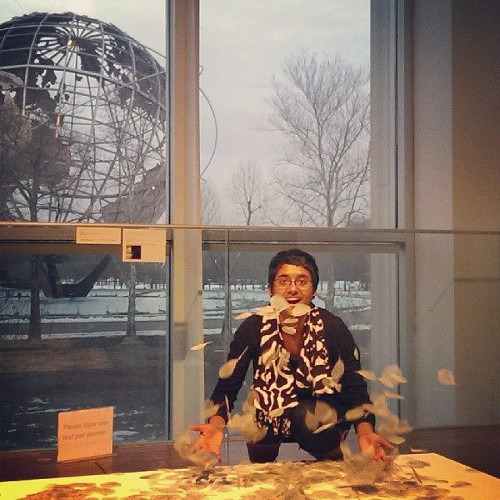 Follow Mary Ann’s journey across the Americas on her blog.

All photos are provided by Mary Ann.

Sheena Pradhan runs a New York City based nutrition consulting company, called Nutritious Balance and works as an outpatient dietitian. Sheena loves to write about anything from health, nutrition, fitness, recipes, racial issues and feminism. In addition to writing for BG, she keeps a nutrition blog for her private practice. For fun, Sheena is a freelance model and competes in pageants and triathlons. She has managed to combine interests in health and wellness with her creativity in her pursuits of running her own business, writing, modeling, pageantry and athletics.