It’s been a crazy weekend, folks. We weren’t ready for the surprise release of the visual album “Lemonade”—Beyoncé’s latest work that slayed us all. The mini-movie details the journey from pain to healing in romantic love while serving as a testament to black femininity and the resilience of womanhood in general. In case you missed it, it begins with what seems like pretty direct shade thrown at Jay-Z—“You remind me of my father”—and goes on to detail what sounds like infidelity in the Carter marriage and the subsequent process of rebuilding from and rising above it.

The most contentious point of speculation in the video, however, is the identity of the nefarious other woman in the scenario, who Beyoncé momentously calls out as “Becky with the good hair” in the track “Sorry.” After engaging in serious thought about this for all of a few minutes, the wonderful Internet decided that the other woman in the Carter marriage was none other than Rachel Roy.

No, not Rachel Ray. Leave that poor woman alone. She’s busy mincing garlic. Rachel Roy, on the other hand, is an Indian-American fashion designer based in New York City, once the Creative Director of Rocawear. The Beyhive took this half-formed accusation against Roy and charged with it—badgering her Twitter mentions and Instagram posts with comments that slut-shamed the designer and accused her of being a home-wrecker. It is a response that illuminates how male infidelity is classically assessed: The men walk out unscathed while we drag the side-chicks through the dirt. The women bear the weight of all the sins, thereby relieving the men who break their vows of any of the blame. The Beyhive has even gone as far as accessing Roy’s Wikipedia page and changing it throughout the weekend to describe her as a “roach” and “side hoe.” In sum, she became the most hated woman in America overnight.

While it was speculated in 2014 that Roy was the reason Solange fought with Jay-Z in that fateful elevator because of their “too close” of a friendship, it is notable that we do not even know if “Lemonade” was meant to be autobiographical, or simply an artistic exposition to showcase feminine strength and healing. Furthermore, it also remains true that “Becky with the good hair” could very well be one of any number of women that have been accused of being attached to Jay-Z in recent years. In fact, since the video’s release, a number of other names have been offered as the real Becky. Some have posited that Beyoncé’s use of the name Becky is actually a direct identifier to Roy, who is of Bengali heritage, since the word beki is a Bengali term for a traditional design in Bengali quilt making. Whether we really believe that Beyoncé brushed up on her Bengali for this album is another story.

Given the lack of clarity and the evident logical gaps in determining whether Beyoncé specifically called out Roy on this album, the backlash that Roy has been facing—slut-shaming, racist, and xenophobic slurs galore—is striking. But there is something that deserves our attention and disapproval: How Roy handled it all.

Before posting her flowery tweet about how much she respects marriage and families, Roy took to her Instagram and posted a photo of herself and a friend with a most offensive caption—“Good hair don’t care.” After receiving a brutal tongue lashing from the Beyhive, the post was removed and her account went private temporarily. 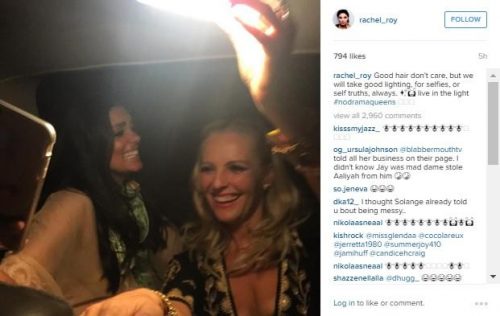 Roy may not have deserved to be the focus of the side-chick witch hunt that ensued after the release of the mini-movie that we are not even sure is based in reality, but she surely warranted repudiation for her irresponsible, and racist, response. Her choice of words not only served as a means of acknowledging the uproar surrounding the cheating speculation, but it embraced a complicated, problematic, and even violent system of supremacy that devotedly leaves black women at the disenfranchised bottom rung.

Discussions about “good hair” have been exceedingly divisive in recent years, as evidenced in the success of Chris Rock’s “Good Hair” in 2009. At the heart of the issue is the harebrained belief that black hair is undesirable and unattractive—that black women should, instead, seek to emulate styles that hide their heritage. The natural hair movement, which has been growing rapidly since the expansion of this discussion, rejects these constructions of supremacy as well as the notion that there is any such thing as “good” hair or “bad” hair.

The market for human hair is a thriving one, nonetheless, especially in countries like India where women’s hair is practically harvested and poached. In fact, the specific demand for Indian hair is so high, it is termed “black gold” in the industry. The result? Temples like the Venkateswara Temple in Tirumala, for example, glean hair from their millions of visiting pilgrims each year, each shaving their heads in acts of devotion, to later sell for a juicy profit. It seems like a win-win, right? Men and women shave their heads in devotion, believing it to be a sacrifice for God; the temples make money selling the hair to support their upkeep. 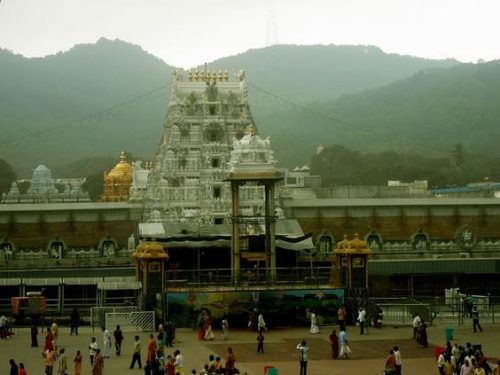 Except for the regressive identity politics that this all perpetuates. That the way someone’s hair grows out of their head is incorrect, so they must wear hair grown by others. It is a system that Beyoncé recognizes in “Lemonade” as one that is harmful to black women and keeps them subordinated on the social totem pole. That makes them feel that their men will always have wandering eyes for the women with hair that falls differently from their own. It is a system that reinforces the offensive ideal that black women are unattractive and undesirable—always second to “Becky with the good hair” in this twisted capitalist construction of beauty that we live within. This is the system that Roy acknowledged and upheld, all for the sake of a petty retort. Rather than simply posting that the line wasn’t about her, or even just distancing herself from the drama, she decided to publicly own a title that is packed to the brim with colonial innards.

As women of color, it is absolutely imperative that we reject systems that are meant to divide and subjugate. Roy fell horribly short of this ideal this week. Sure, it was unforgivable to have her name dragged through the dirt as the villainous side-chick. Again, this is the trademark downfall of the socialization of infidelity in feminine spaces. But it surely was not an excuse for her to accede to a racist system that pains our black counterparts so thoroughly and resolutely.