As an American, I Decided to Move to India and Here’s What it Taught me

I’m a twenty-five-year-old Indian-born, American. I’ve spent almost my entire life in the suburbs of Kansas City, Missouri. My parents moved to the U.S. when I was three. Upon graduating from college, I applied for various jobs around the country. Following months of no response, I decided I needed to try something different.

Ultimately, there’s only so long you can watch your classmates find jobs and settle down before you start to wonder ‘what’s wrong with me!’ And so I thought to try my luck in India, the motherland I had never really experienced, choosing to pursue my love of traveling. I applied for an OCI visa (Overseas Citizen of India) to be able to work in India – a tenacious process that lasted all of eight months.

Bags packed and a one-way ticket in hand, I set off for the motherland for the first time in ten years to look for a job. At the layover in Germany, I couldn’t help but wonder if my move was making a huge mistake. After all, I barely knew anyone there and I had no idea when I would see my family again. It all seemed so surreal.

I was staying at my grandparents’ ancestral home, in the small town in Gujarat where I was born. Looking back now, I realize how selfish I was to presumptively move in with them for an indeterminate amount of time. In the end, though, I realize family really are the only ones who would do such a thing.

In Gujarat, I slowly fell into a routine helping out with the household chores and occasionally traveling to visit extended family. For a short time, I experienced what my life would have been like had my family never immigrated to the U.S. twenty-two years ago.

As I was new to India and wasn’t aware of the prospects, a college friend of mine who was in Sri Lanka at the time sent me links to opportunities where I might fit. I began sending out applications, and many exchanges later, one of those organizations took a chance on me. I was offered a position with a global non-profit organization in Bombay working to promote cultural understanding and to strengthen partnerships between Asia and the rest of the world.

Three months after my arrival in Gujarat, I was finally moving to Bombay. Not only did it turn out to be my dream job, it also helped to form a solid foundation on which I now aspire to build my future career.

The position allowed me the opportunity to look past the diaspora and educate myself about the contemporary challenges facing the region. It also gave this small town girl the opportunity to meet incredible thinkers, diplomats, business leaders, filmmakers and artists from around the world, whom I would never have had the chance to meet otherwise.

As for the city itself, well, Bombay is a beast. The city will do everything it can to ensure that your life is complicated. If there are two things that will get any Mumbaikar riled up, it is space and transportation. Finding housing in the island city of 21 million people is cutthroat as supply cannot keep up with the demand. To add to that, real estate in Mumbai is among the most expensive in the world, even while more than half of its residents live in slums.

[Read Related: Not Fair, Just Lovely: Growing Up as a Dark-Skinned Indian]

After a brief period in the heart of town, Colaba, which was walking distance from my office, I also made the choice to live in a Slum Rehabilitation Authority (SRA) in Worli to cut down on expenses. Eight months later, my roommate and I grudgingly decided to move to the ‘suburbs’ of Santa Cruz. While we did get an apartment in a proper housing society, this also meant an hour’s commute, each way, on the city’s notorious lifeline, the local train. During rush hours you’re lucky if nobody is actually stepping on your toes, forget having room to breathe. Sab jugaad hai. (Everything is possible)

But the thing about Bombay is that it has this magnificent, charming pull to it even as it tries to push you out. The more the city pushes, the more you want to fight back. And, if you play by the rules, learn to love things just as they are and persist, the city accepts you as one of its own. It’s there in your heart forever.

As are all of the people I was lucky to meet. It’s the city where I found my first love and experienced my first heartbreak. Where I learned the importance of relationships in life and how easy it is to form deep, meaningful connections with people over something as simple as a cup of chai.

In the U.S., friendships feel superficial, especially as you grow older. Mumbaikars taught me that most everything which we think are important are incomparable to the time spent with the people who make you happy.

Learning to live life independently for the first time is a challenge for anybody. It’s even more so when you’re living abroad. Alone in Bombay, I was able to relate to the struggles that my parents went through when they were learning how to assimilate into American society. While my parents taught me how to be self-sufficient, no amount of preparation can ready you for the life of an immigrant. All the things that you once thought you knew are challenged by your new surroundings.

I did not know how to speak Hindi. I had to teach myself new skills like how to cook using raw, local ingredients – because the ‘ready-to-eat’ foods I knew how to cook were luxury imports in India, and therefore too expensive. The first time I went grocery shopping in Bombay I was so overwhelmed that I left with only a carton of milk and a 6-pack of Maggi. I had never before felt so helpless. Still, I don’t have any regrets or complaints. Everything that happened was a result of my own choices, and I wouldn’t have learned all that I did if I hadn’t taken those steps.

My experiences in India allowed me to find a sense of home and self in the megalopolis. Because the truth is, Bombay felt more like home to me than America ever did. There is chaos and passion and emotion, and it’s in your face every moment, in every aspect of life. It’s in such stark contrast to the perfectly manicured type of society that is the norm in the U.S. In Bombay at least, I felt free.

Thanks to the love from my mosquito friends, two stints in the hospital compelled me to return home earlier than planned. Since I’ve been back I’ve received nothing but praise for my bravery. But while I was there, I faced endless criticism and skepticism.

Well-meaning family in Gujarat chided me for living alone in a big city so far away from home – because ‘good’ Indian girls don’t do that. A friend sarcastically asked me, when we first met, if I was there to see the famous slums of Bombay. Hardly anyone I met could understand why I wanted to settle in India, especially when there is a potential for higher earning in the U.S.

But honestly, is success considered valuable only if you’re settled in a Western, so-called ‘developed’ country? Is it such a radical notion for young Indians abroad to willingly choose to go back? India is by no means an easy country to live in, and it has its own set of very real challenges that it’s working to overcome. But change is happening – rapidly – and India is still a young country.

I hope that more of us can feel empowered to spend some real time there, beyond the occasional family vacation, and look past the 1970’s idea of what India used to be – the vision that we were given by our parents. Because while I was raised to believe I was Indian, India itself never missed an opportunity to remind me that I wasn’t. Perhaps we would have a more nuanced understanding of the country as it is today – politically, economically and culturally. And, hopefully, it would no longer remain a taboo for those of us choosing to go back. 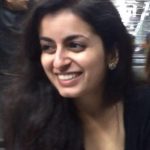 Pinki Thakker is a graduate of the University of Missouri, where she studied International Studies, Anthropology, and French. After completing her studies, she moved to Mumbai where she worked in the nonprofit sector for just shy of two years. Her passion in life is to seek out the world with a fork in hand, and has a reading list that will take at least 2 lifetimes to complete.

Sanskriti Box: A Celebration of Our Culture, Holidays and History All-in-One

How my Daughter Taught me to Love my Dark Skin

How my Daughter Taught me to Love my Dark Skin