When Being ‘Alive’ Doesn’t Mean that you are ‘Living’

*This article has been republished with permission on browngirlmagazine.com

When most Americans hear my grandmother is still alive at 102 and my parents take care of her, they respond, “Wow, that is amazing!” I smile and nod in agreement, although I fume inside thinking, did you hear me? I said she is alive, not that she is living—to be alive and to live are two very different things.

In their casual surface-level comments they ignore all the pain. The pain of aging and losing independence; losing sight, hearing, the ability to walk. The pain of my grandmother watching her peers and even some of her children pass on, of her asking whether God has forgotten about her. The unspoken pain of my parents who have taken care of her for more than three decades and are now entering the aches and pains of senior citizenship themselves.

I bite my tongue and don’t say any of this, because to Americans death is a terrible thing, and wishing someone would pass on is nearly as sinful as committing murder. Most Americans belong to or have been culturally influenced by the three major Western religions—Christianity, Judaism or Islam—in which death is a terrifying moment of judgment, where there is a possibility of suffering through hell or purgatory. Even the best people have guilt in their hearts for things they could have done better, leaving them with a fear of retribution after this life.

[Read More: ‘To Nani, With Love’: What I Learned From My Grandmother’s Death]

But this is not my perception of death. I am not a religious person, but I am influenced by Hinduism and the traditions of other Eastern religions in which the soul’s journey does not end at death. The circle of life leads either to reincarnation—and arguably for the sinners, their next life could be hell on Earth—or to salvation, a sublime state of becoming one with a non-humanized eternal energy that is best translated in English as God.

I personally don’t know whether I believe in any of this; I simply believe that I do not know what happens after we die, and I have no reason to think I should fear it. Afraid of pain that leads to death? Yes. Afraid of dying before I’ve accomplished what I want to in this life? Sure. But not afraid of what happens after I die.

And so I pray for the day that my grandmother passes on, but I cannot say that to an American—even those who are brought up in Eastern religious traditions—because it sounds so callous in English. If I said, “I pray for the day my grandmother completes her karmas (consequence of one’s actions), leaves this maya (the illusory, temporary world in which we live), and her atman (soul) can attain moksha (salvation) and join the universal brahman (the universal soul/reality)”—well that sounds a lot nicer, but I probably lost everyone (including myself) half way through the sentence.

So I’ll explain it this way: my grandmother is alive at 102, but she stopped living around 96. Her life has reduced from one that was vibrant, intellectual, and profoundly creative to merely eating, trips to the bathroom, and sleeping. It saddens me deeply to see this, and it is not a state of being I would wish upon anyone; I often find myself questioning a God in whom I cannot wholly believe about why an old lady should suffer this way. I don’t know what comes after death, but I don’t believe it can be any worse, and so I hope my grandmother can move from this life of merely existing to somewhere better.

But most Americans (and many Indian-Americans) don’t like sad stories, find death a morbid topic, and don’t know how to respond to my experience since they tuck their elderly away in nursing homes and have not seen the challenges of aging firsthand. So I spare them the discomfort and say, “Yes, it is amazing.”

This is the third installment of three post series on caring for the elderly. Part 1 discussed the challenges women face trying to balance the end of their careers with caring for elderly parents; Part 2 looked at the choices facing millennial and Gen X Indian-Americans as their parents age. 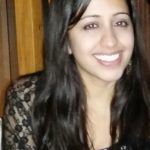 Seethal Kumar is a dancer, writer, traveler, aspiring polyglot, and most of all, a dreamer. After receiving degrees in economics and international relations from Northwestern University and Johns Hopkins SAIS, she found her home in Washington DC, where she could use her skills to encourage better cross-cultural understanding in the policy world. Follow her blog, where she writes about feminism, race, and identity with a South Asian twist.