Over the past few months, we’ve seen quite a few glaring instances of cultural appropriation taking place within both desi and non-desi communities.

Most conspicuous is this absurd, over-the-top advertisement for Ching’s Secret food featuring Bollywood star Ranveer Singh as “Ranveer Ching.” The commercial, titled “Ranveer Ching Returns” was released on YouTube in August and also stars Tamannaah Bhatia. Directed by Rohit Shetty and seemingly inspired by “Mad Max,” it has all the key ingredients of a Bollywood film, including a fight scene and a song of which the lyrics are penned by Bollywood legend Gulzar.

Watch the dramatic, five-minute ad below:

Ambiguities about Ching’s ethnicity aside, the most shocking, confusing, and unnecessary part of the video is Ranveer dressed up as a Native American in a post-apocalyptic world. Ummm, what?!

Had the advertisement meant to poke fun at the common confusion between Indians in America and Indians of the subcontinent, then maybe, MAYBE the use of the headdress would have been funny. However, Ajay Gupta of Capital Foods, which owns Ching’s Secret, said in an interview that the purpose of the advertisement was to convince Indian housewives to cook Chinese food at home.

[Read Related: A Prose Piece About Constantly Being Identified as “Exotic”]

The blatant propagation of traditional gender norms aside, it is obvious that there was no particular reason for the appropriation of Native American culture, especially since it is likely that most people in India are not comfortably familiar with the offensive and stereotypical “dot, not feather” clarification Indian-Americans are subjected to in the Diaspora.

But Bollywood is not the only perpetrator of cultural appropriation; fashion, culture, and beauty trends in America have also taken advantage of desis and other minority traditions and religions. Some horrors include: 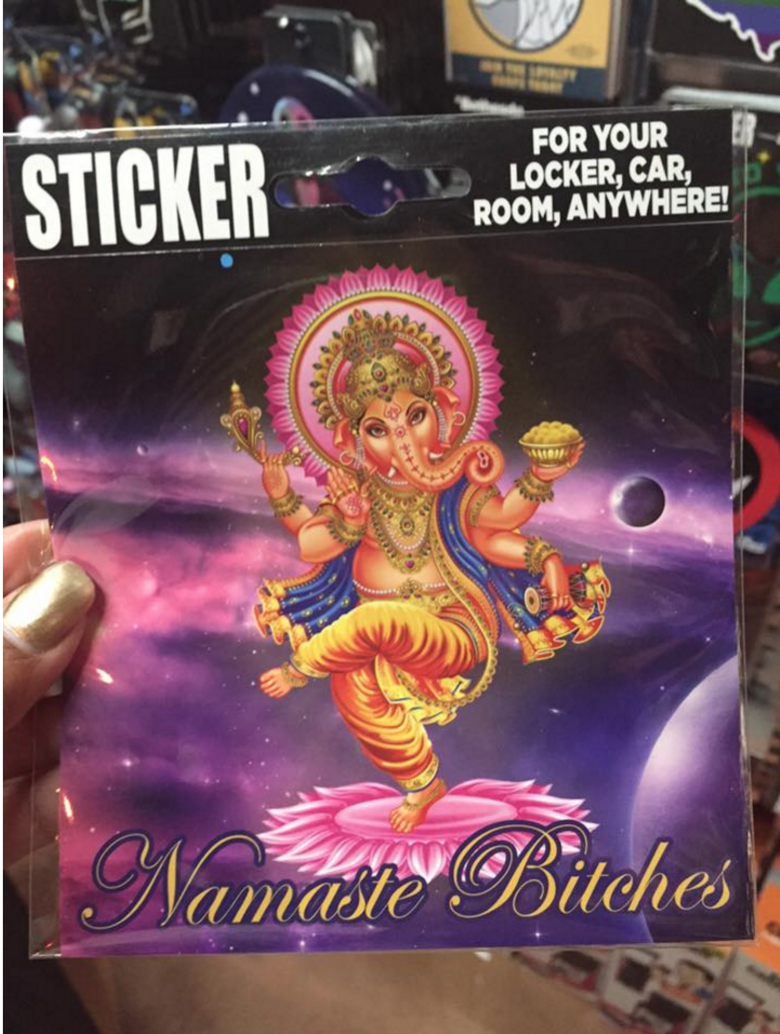 [Read Related: An Open Letter to Marc Jacobs: When will you Understand?] 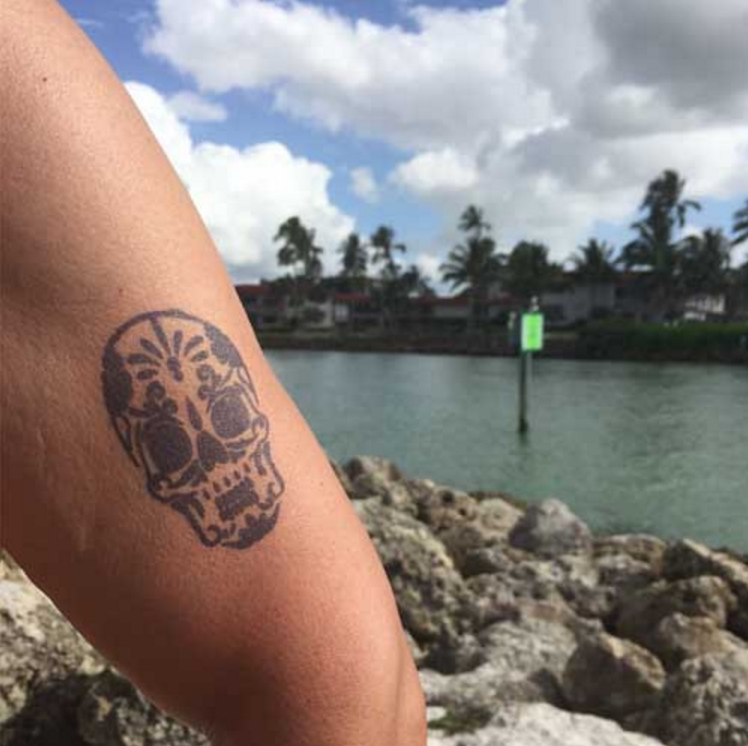 3. Sidewalk Ganesha art (spotted near Los Angeles). To step on the face or image of any religious idol or figure is extremely inappropriate and offensive in Hinduism, yet thousands of people are unknowingly walking over this drawing every day.’ 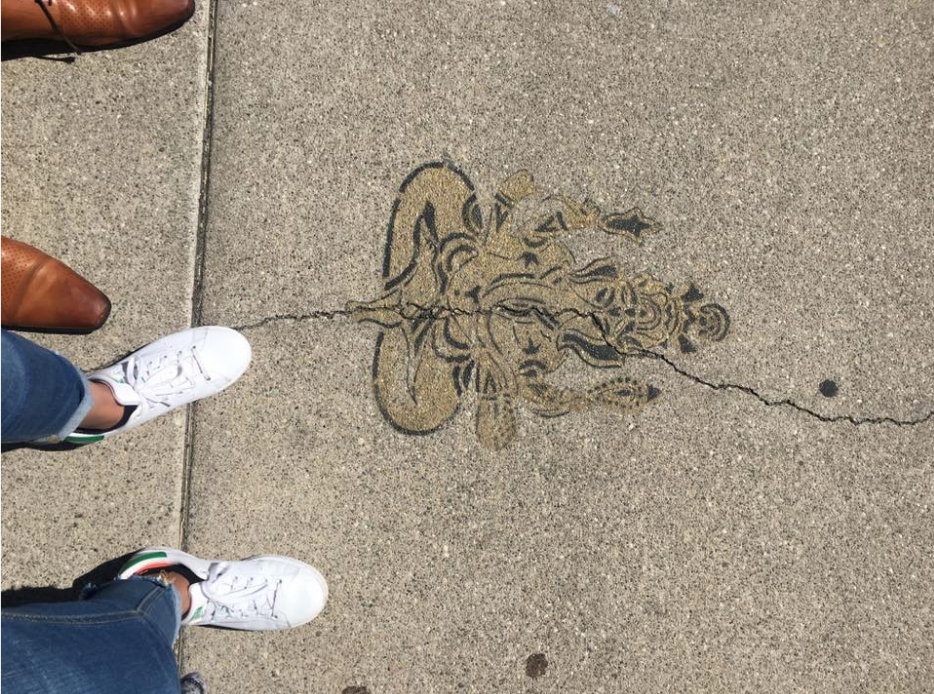 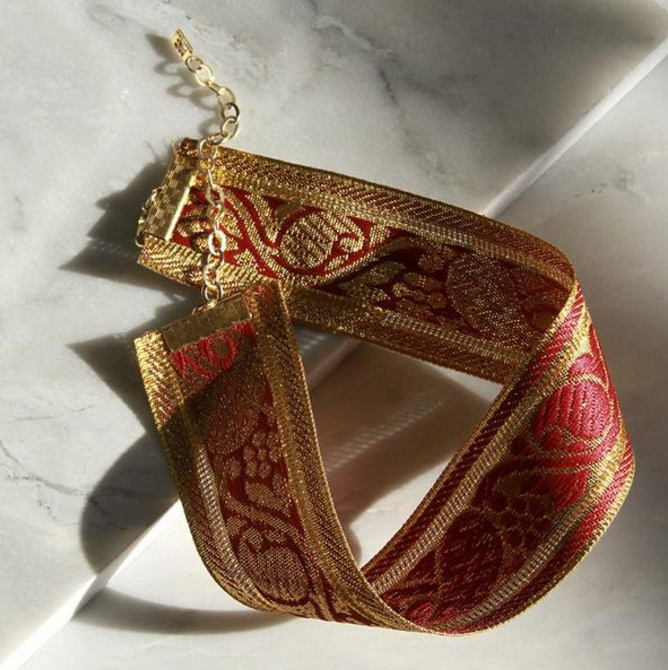 5. Trader Joe’s Bollywood Popcorn. Who at Trader Joe’s thought this was a good idea? How in the world does “Bollywood” even describe a flavor of food? Hey TJ’s, although Bollywood is the biggest film industry in the world, there’s more to India than just movies and tikka masala flavored food. 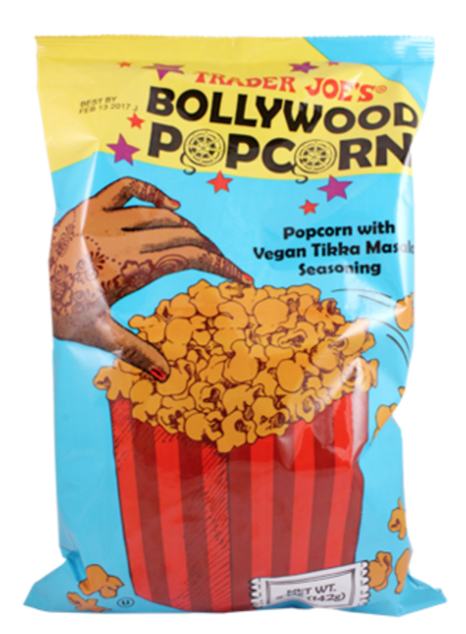 In a world that can’t decide when it’s hip to be ethnic and diverse, and when it’s not, can we at least decide to not take others’ ideas and traditions for personal gain and consumption?

Comment below if you’ve found other examples of cultural appropriation that we may have missed!