My parents always have a surplus of naan after they host one of their many big, phat desi parties.  Too much, yes, I get it. Its hardly a problem. But all that flatbread lyin’ ’round and you want me to just heat it up and use it to sop up some subji? I don’t think so. There are so many creative uses for leftover or store-bought naan to create bistro fare at home. Here are my favorite recipes for naan stop cooking…and eating. 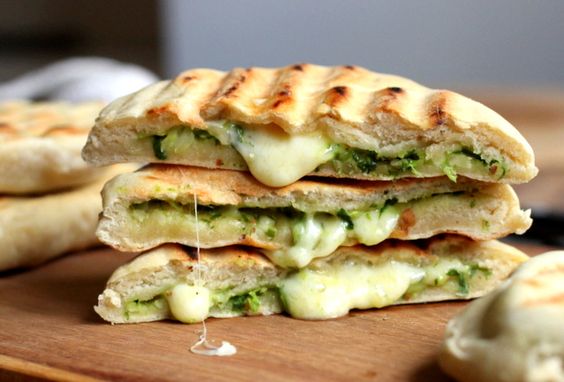 Place aioli ingredients in a mixing bowl and whisk to combine. Reserve for assembly.

To make the chicken and saag filling: Heat the butter in a skillet over high heat. Once the butter begins to brown, reduce heat/flame to medium. Add onion, stir, and cook until caramelized, about 3 to 5 minutes. Add chicken and garam masala. Cook for 6 to 7 minutes.

Add spinach, stir, and cook until leaves wilt, about 3 minutes. Add salt and pepper. Remove from heat and reserve for assembly.

Construct naaninis by dividing masala aioli between both naan pieces smearing it evenly across. Place chicken-saag filling on one side of the naan; top with the mozzarella and fold over. Repeat with remaining naan and ingredients.

Place stuffed naan in a warmed and buttered Panini press and cook until the cheese has melted and there’s a crispy exterior. 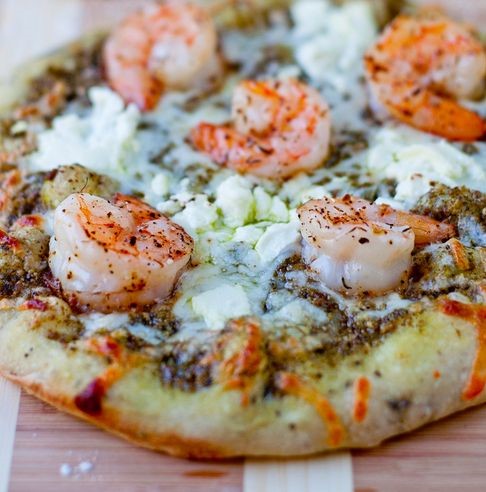 Place mint, sugar, olive oil, tamarind concentrate, and salt in a blender and blend until smooth. Reserve for assembly.

Place shrimp ingredients in mixing bowl and toss to combine.

To assemble pizza, place the naan on a clean work surface. Use a pastry brush to spread mint chutney on each naan. Distribute seasoned shrimp on the naan equally. Top with goat cheese. Bake for 10 to 12 minutes. Remove from oven and serve with remaining mint chutney.

[Read Related: All You Need to Know to Satisfy Your Knack for Naan] 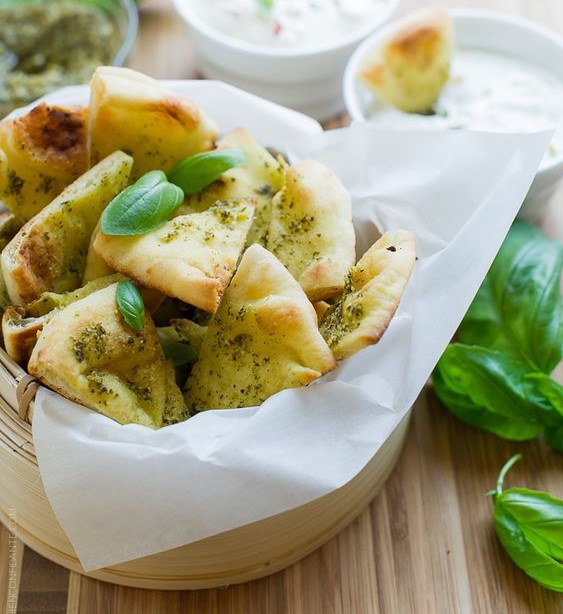 Cut each piece of naan into triangles or strips. Toss with olive oil, garlic powder, and dried oregano. Arrange in one layer on a baking sheet and bake for 10 minutes, or until golden brown. Remove from oven and transfer to the serving dish.

To make the chutney, blend basil, agave, tamarind concentrate, and salt until smooth. Transfer to a decorative bowl and serve alongside naan chips.

Soni Satpathy-Singh is a recipe developer and content writer who resides in Manhattan. She is either always cooking or eating be it for work or simply because she loves to! She is working on her own comic cookbook as her alter ego “Sketchy Desi.” Stay tuned to upcoming posts on Brown Girl Magazine.